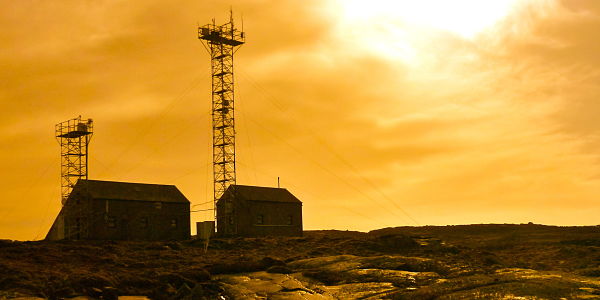 The GAUGE project (Greenhouse gAs Uk and Global Emissions) was a three and a half year (2013 - 2016) collaboration between several universities and research institutions across the UK. The project aimed to determine emissions using information from satellites, aircraft, tall towers, balloons and boats. In addition to developing new measurements, GAUGE used computer models to simulate the atmospheric transport of greenhouse gases. The goal of the project was to make the UK’s greenhouse gas emissions amongst the best-quantified in the world.

The ACRG were one of the many contributors to GAUGE, involved in the measurement of gases at tall tower sites, the calibration of those measurements and modelling the atmospheric transport of these gases. In addition to measurements from the existing UK DECC network, the ACRG installed a new site, Heathfield, situated South of London, specifically for GAUGE. Heathfield is now owned and operated by the National Physics Laboratory (NPL), but its measurements still feed into the overall UK DECC network output.

Further information on the GAUGE project can be found at http://www.greenhouse-gases.org.uk/.