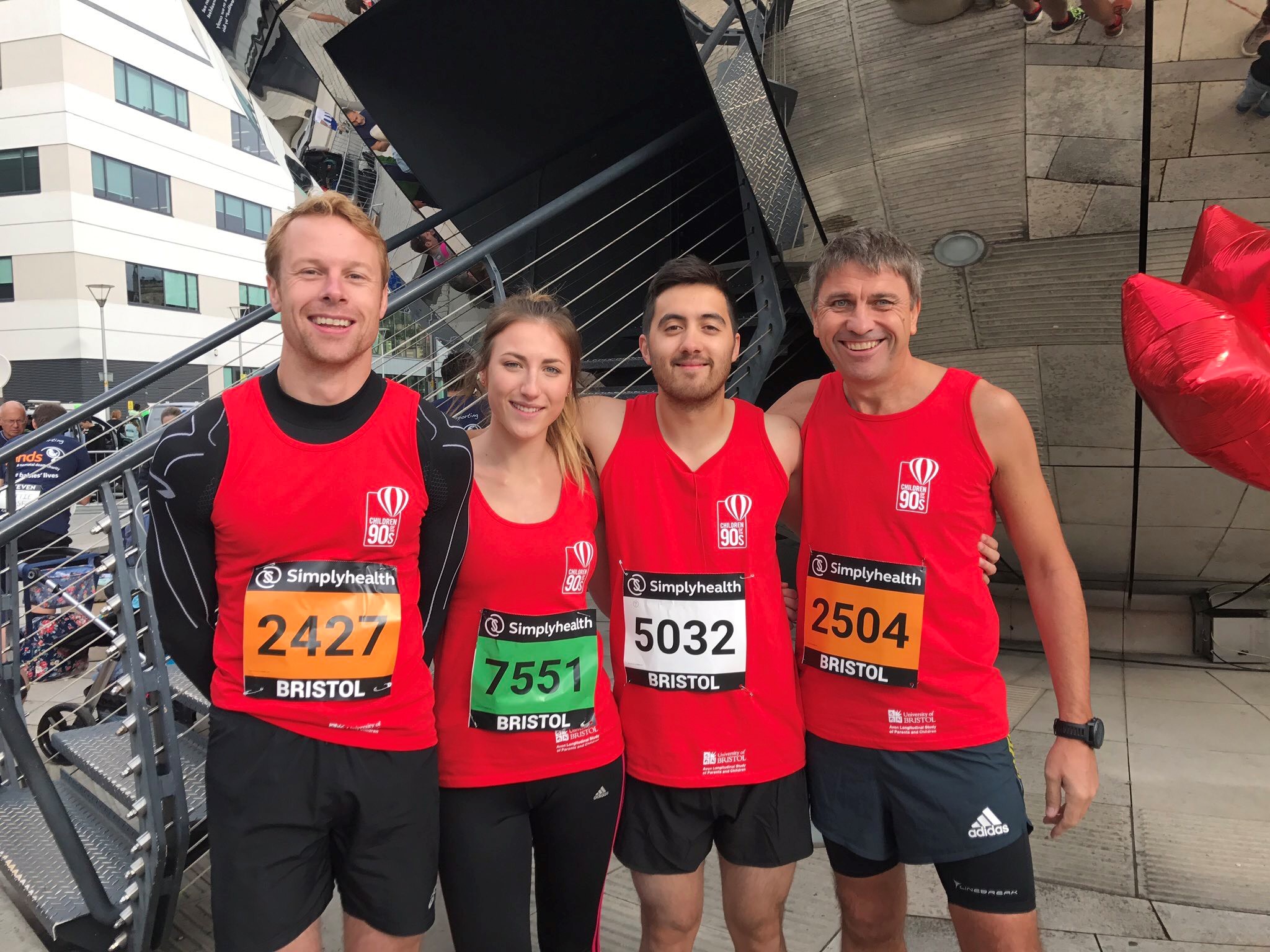 Staff, researchers and participants from Children of the 90s donned their running shoes yesterday to publicise their latest research project at the Bristol Half Marathon.

The world-famous research project at the University of Bristol has been charting the health of over 14,500 families from Bristol and its surrounding area for over 25 years. Each family had a child who was born in 1991 or 1992 and, since 2015, thousands of them have taken part in Focus@24+. This involves undergoing a wide range of tests, exercises and interviews to see how their health has changed and developed since they were born.

‘With Focus@24+ wrapping up this year, we’re bringing the word out to on the streets of Bristol, as we’d like to see as many participants as possible before then’, said Professor Nic Timpson, principal investigator (lead scientist) of Children of the 90s, pictured here in a blue top.

Much of Children of the 90s research shows the benefits that a healthy lifestyle can have, not just on our own health and well-being, but that of future generations too. What better way to demonstrate that than by going for a run with colleagues and research participants.

Taking part in the Bristol Half Marathon is part of a wider promotional campaign by Children of the 90s to promote Focus@24+. The campaign also includes work with employers across the region; a banner at the Bristol Balloon Fiesta; ads in Metro; feature articles in all The Voice newspapers; an information point at Cribbs Causeway 16-17 and 23-24 September; and a group blood donation to NHS Blood and Transplant at the Bristol Blood Donor Centre on 27 September.