Children of the 90s says thanks to Bristol – by donating blood 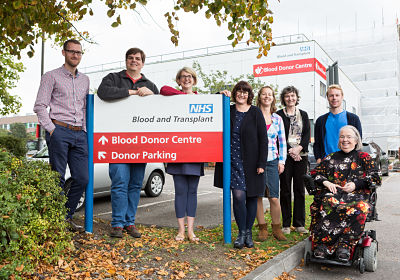 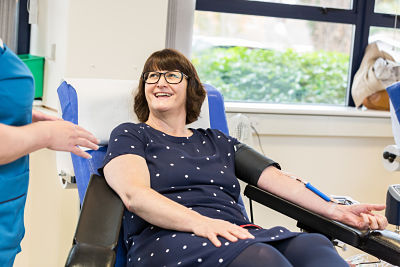 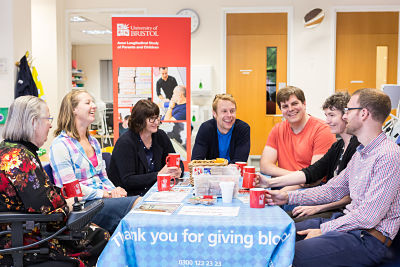 Staff and researchers from Children of the 90s donated blood to NHS Blood and Transplant last week as a thank you to the community and the thousands of Bristolians who have taken part in their world-leading research since 1991. The donation drive is part of a wider PR campaign to promote the final months of Children of the 90s biggest data-collection drive for seven years, Focus@24+.

Since July 2015, thousands of participants have taken part in Focus@24+, undergoing tests, exercises and interviews – and giving blood – for the researchers to see how their health has changed and developed since they were born. With this part of their data-collection exercise coming to an end, Children of the 90s hopes to see as many participants as possible over the coming weeks.

‘Since we were established in 1991, thousands of our participants have given us samples of their blood, so this is one small way for us to give something back to the community that has supported our research for more than a quarter of a century,’ said Professor Nic Timpson, principal investigator (lead scientist), Children of the 90s.

‘Although, at the age of 78, I am now too old to donate blood any more, I will be there to show my support. Without the blood samples we have collected from participants since they were new-born babies – and from their mothers during pregnancy – we wouldn’t have been able to do a lot of the ground-breaking research that we have done and continue to do.’

‘We’re really grateful the staff and researchers from this study decided to donate blood as a way of giving back to the community which has helped them with their research since the 1990s. Blood donation saves lives and we always need new blood donors to replace those people who can no longer donate. The Bristol Donor Centre on Southmead Road is a great place to donate for the first time.’

The tens of thousands of blood samples Children of the 90s has collected from participants have been used to research everything from the effect of vitamin D deficiency during pregnancy on a child’s future social and neurological development, to the genes associated with migraine, eczema and binge-eating. The samples were given directly to Children of the 90s by their participants and did not come from blood donations to the NHS.