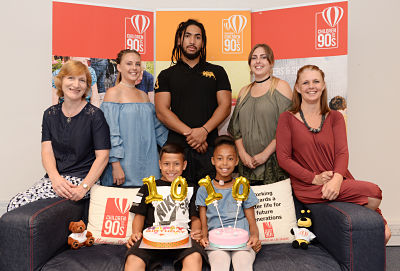 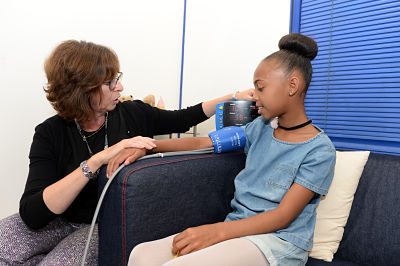 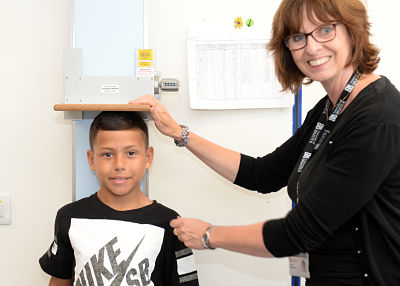 For over 25 years, Children of the 90s at the University of Bristol has been charting the lives of 14,500 people born in the early 1990s in the greater Bristol area. Thanks to the amazing commitment of these research volunteers, scientists have made important discoveries that are helping treat and prevent ill health around the world.

For example, Bristol researchers confirmed that putting your baby to sleep on its back can prevent cot death and their discovery that peanut oil in baby oils and creams can cause peanut allergy led to changes in labelling on baby products in England.

Scarlet (age 10) says she likes taking part in COCO90s because:

‘I like coming to my visits because they are so fun and everyone is so kind. I like it when I get the post telling me how my information is used and seeing what they do with it.’

‘It is so much fun, I enjoy finding out about my body. The people there are really nice and I get snacks and drinks whenever I am hungry or thirsty.’

Since COCO90s started in 2012, there have been over 650 pregnancies or births, with many more on the way. Researchers are gathering the same information about the health and lives of these babies and children as they did about their parents (the original Children of the 90s) when they were young. But major advances mean they can now also collect data using state-of-the-art technology.

Plans for the future include assessing speech and language in all two- three- and four-year-olds who attend COCO90s clinics.

‘We know that that health (or ill health) passes down generations and that this is not all due to our genes but also due to things like how much we exercise, where we live or whether our parents work.

‘By following the lives of the COCO90s children we are able to identify how we might stop poor health being passed from one generation to the next.

‘We are also exploring how changes in society affect health. For example, the original pregnant women didn’t experience the obesity epidemic as the mothers of COCO90s children now do. And, of course, we didn’t have e-cigarettes in the early 1990s. Now that we do, we can test whether or not they are safe in pregnancy.’

‘We’re really pleased that so many Children of the 90s participants have decided to enrol their children in COCO90s and continue this fantastic Bristol tradition of taking part in health research that is helping people all over the world.

‘Looking to the future, we plan to study the next generation (the grandchildren of the Children of the 90s) in due course. That way we can study human health across four generations. This makes Bristol unique as no other study in the world is doing that.'

ITV News West Country spoke to Scarlet and Coby, and their families, to find out what all three generations enjoy about being part of Children of the 90s. Watch the full feature here on our YouTube channel, including comments from our founder, Professor Jean Golding OBE, and lead researcher, Professor Debbie Lawlor CBE.