Domestic violence against women: giving friends and relatives the keys to help 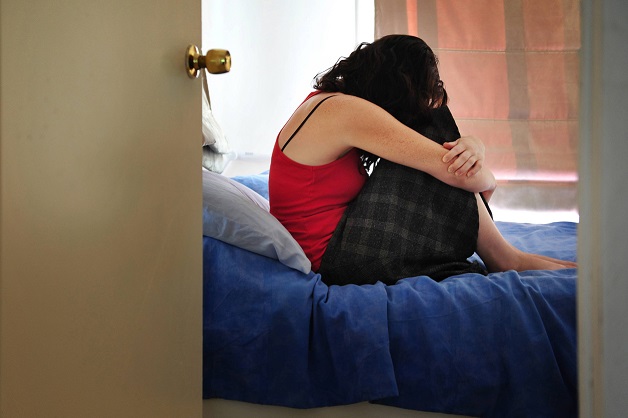 Today [Friday 8 March] International Women’s Day [IWD 2019] is celebrating the social, economic, cultural and political achievements of women but worldwide, domestic violence and abuse (DVA) is still experienced by almost one in three women. It has become a major public health issue, with profound physical and mental health impact. A research project by the University of Bristol, funded by AXA Research Fund, aims to develop resources that will help informal groups, such as friends and family, support women who experience domestic violence.

Research has shown that most DVA survivors choose to access support from the people closest to them, including friends, family, colleagues and neighbours, rather than from professionals. The research project, led by Dr Alison Gregory, will better equip DVA supporters so that they might better support survivors.

Dr Alison Gregory, Research Fellow (Traumatised and Vulnerable Populations) at the University of Bristol's Centre for Academic Primary Care and the University’s Centre for Gender and Violence Research, said: “Most women facing domestic violence choose to turn to the people closest to them for help but friends and relatives can ‘get it wrong’ because they are not skilled, equipped or supported within the situation.

“However, support from these relatives, friends, neighbours and colleagues can provide a buffer against effects on the survivor’s physical health, mental health, and quality of life, and research has shown it can protect against future abuse.”

The research project will:

The research project will recruit a wide range of people who are providing informal support to a survivor. With these people, exploratory work will be carried out to establish and prioritise their needs and preferences for an intervention. Once the necessary components of the product or service are decided, the intervention will be developed.

Depending on what the research finds, further products will be created and adapted to the needs of different groups, such as an app for younger people or other material for older people.

The products will then be tested to assess their impact along with collaboration with organisations including Women’s Aid, AAFDA (Advocacy After Fatal Domestic Abuse), and the Hollie Gazzard Trust.

It is hoped the research will fill a key knowledge gap about the best ways to provide support to friends and family members of DVA survivors and to understand the roles informal supporters play.

By better understanding the dynamics within DVA survivors’ social networks, and by exploring the possibilities for friends and family members to increase and improve the informal support they provide, society will become more equipped and skilled to notice and respond to domestic violence.

The two-year €125,000 research project ‘Domestic violence against women: giving friends and relatives the keys to help’, funded by AXA Research Fund, will begin on 31 August 2019.

Dr Gregory was a recipient of an Elizabeth Blackwell Institute Early Career Fellowship. You can find out more about how this was instrumental in helping her win this research funding.

About the AXA Research Fund
As a leading insurer, AXA is committed to participating in building a better future. The AXA Research Fund ‘s mission is to support this commitment through the development and dissemination of scientific knowledge.

To date, AXA has supported 597 academic projects, led by top-tier scientists of 58 nationalities in 36 countries, in the fields of Health, Climate and Environment, New Technology and Socio-Economy. The AXA Research Fund has dedicated over 189 million euros to the support of scientific research around the world since 2008.

The day has occurred for well over a century, with the first IWD gathering in 1911. The day is not country, group or organisation specific - and belongs to all groups collectively everywhere.

Gloria Steinem, world-renowned feminist, journalist and activist once explained “The story of women's struggle for equality belongs to no single feminist nor to any one organization but to the collective efforts of all who care about human rights.”
So make International Women's Day your day and do what you can to truly make a positive difference for women.

The aim of the Centre is to conduct high-quality research to inform policy, practice and action on gender-based violence. Our history of researching violence against women and gender based violence, feeds into policy and practice nationally, internationally and locally. We offer a range of consultancy, teaching and training, including research dissemination events and tailor-made seminars for professionals.

The Elizabeth Blackwell Institute nurtures health and biomedical research at Bristol and beyond. We support pioneering and world-leading research to tackle today’s most pressing health challenges, striving to achieve better health for all.