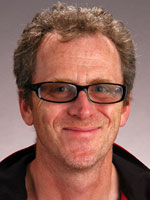 Jon Rasbash, who was Professor of Computational Statistics and Director of the Centre for Multilevel Modelling at the University of Bristol, sadly passed away on 10 March, 2010, aged 49. He is survived by his wife, Jacky and children, Zoe and Molly.

Jon was an outstanding researcher with a truly international reputation and at the peak of his career, He was also a wonderful person, a wise and generous manager, and a friend to all those who had the good fortune to share in his work. The loss to social and medical science is immense. Jon was involved with many things, but principally he had become known for his development of multilevel methodology and its software implementation and for his interest in studying social relationships within families.

Jon was born the youngest of four children to David and Maureen Rasbash in November 1960. He spent his later childhood in Edinburgh where his father was appointed as Professor of Fire Engineering at the University. He then studied at the University of York and left university in 1982 with a degree in Biology and Computer Science. He then went to work for Professor Bill Hill in the Department of Animal Genetics in Edinburgh and published his first paper with Professor Hill on modelling long-term artificial selection in finite populations in 1986. His first introduction to medical research was his work with Professor Michael Healy at the London School of Hygiene in 1986-1987 with whom he published two papers in the growth studies in Annals of Human Biology. Following that he moved around the corner to the Institute of Education to work with Professor Harvey Goldstein on multilevel modelling, a methodology then in its infancy. The group, joined by Bob Prosser, Huiqi Pan, Min Yang, Ian Plewis and Geoff Woodhouse, began to develop not just the methodology and training materials but, crucially, under Jon’s supervision, the software, later to become MLwiN, that was required to fit the statistical models. Joined later by Bill Browne and Fiona Steele the Centre for Multilevel modelling was formed and eventually found its present home in Bristol. There were numerous developments during this period, in all of which Jon played a key role, and without his support, enthusiasm and insight, many things would not have happened.

The move to Bristol saw Jon take over the direction of the Centre and in the comparatively short time of 5 years, with the support of all his colleagues in the centre team, at Bristol, he succeeded in establishing it as one of the University’s elite groupings with large amounts of research income, numerous publications and considerable amounts of material to support users of multilevel models. He was very active in organising workshops for a wide range of users, all over the world. His enthusiasm and knowledge inspired many.

His most ambitious project, well under way at the time of his death, was the development of a general framework for the specification of complex statistical models that would enable users, with different levels of statistical and computing expertise, to set up complex models that would interface with a variety of software packages. This work, and much of the other activity he was involved in will be continued by the Centre team and his other collaborators, all of whom are grateful for the support and inspiration that he has given.

Jon was totally unique. Those of us who had the privilege of knowing and working with him have been vastly enriched and whatever research emerges over the coming years will have Jon’s imprint all over it. Thanks for everything Jon. We will miss you.

Jon was the main architect and programmer for the MLwiN software package in Multilevel Analysis. The software is used by over 7,000 researchers around the world and is the analysis tool used in over 1500 ISI published papers.

Standing on the Shoulders of Giants: MLwiN Birthday Video