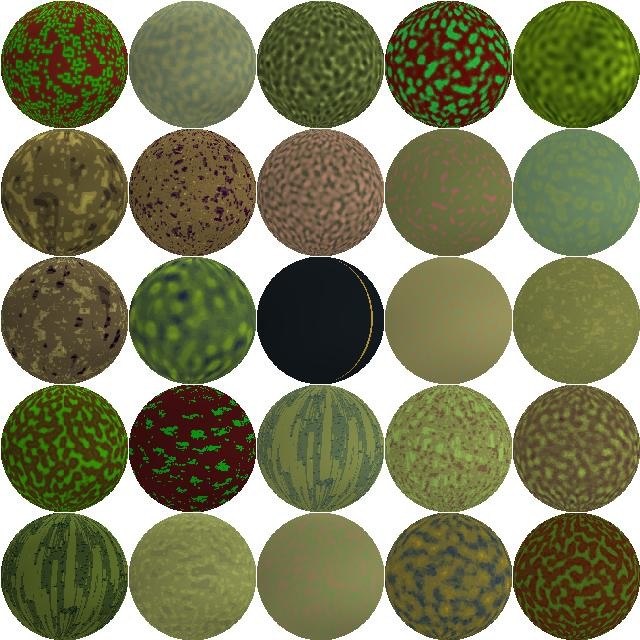 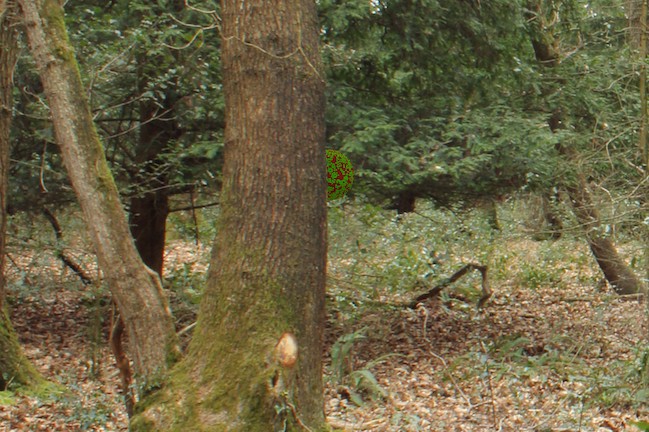 A new method, developed by scientists at the University of Bristol can determine the optimal colouration pattern to cover an object in order to make it as visible or concealed as possible, in any given environment.

And in doing so can help to provide insights into how animal colouration has evolved.

The authors, all members of the University’s CamoLab, believe that their new method, dubbed The Camouflage Machine, can be very useful for evolutionary biologists trying to understand how colouration evolved and can also explain trade-offs between concealment or highly conspicuous colours – for example warning colouration or sexual displays.

Explaining the motivation behind the research, Professor Innes Cuthill said: “We all know that animals like leopards and jaguars have impressive camouflage, but is it optimal?

“Has evolution been constrained by the way patterns develop in mammals? Are the differences in spot pattern between species accidents of history, or do they reflect differences in habitat? The Camouflage Machine allows us to investigate such questions.”

Conventionally, establishing the optimal colours for camouflage or signalling presents biologists with a serious challenge, because the number of potential combinations of colours and patterns to test is often enormous.

Using a mixture of genetic algorithms and deep learning the authors have shown how detection times to millions of patterns with multiple colours can be predicted using only a modest amount of data acquired from human observers.

Lead author Dr John Fennell from the Bristol Veterinary School added: “The method is based on showing images of objects on various backgrounds to people and asking them to press a button as soon as they see the object.

“During the experiment, a genetic algorithm narrows the range of colours and patterns to those that are hardest or easiest to see, depending on whether we would like to find colouration for camouflage or conspicuousness.

“Multiple deep neural networks are then trained using the human data. These networks, used in conjunction with a genetic algorithm can be considered artificial “participants” that can rapidly assess all colour-pattern combinations; something that would take human participants years to do.”

In the new research, published in the journal Evolution, the authors demonstrate the effectiveness of the method in different environments. The effectiveness of colouration is critically influenced by an observer’s visual system and the scientists show that optimal camouflage is very different depending on whether the viewer has full colour vision or is for example red-green colour blind (as is the case for most non-human mammals). The method enables the possibility for scientists to evaluate the entire range of colouration available to a given animal taxa.

One of the co-authors, Dr Laszlo Talas, also from the Bristol Veterinary School, said: “If we consider all of the colours and patterns available to mammals, from light beige to tiger orange, including greyscale colours and patterns that can vary in a diverse range of spots, stripes and blobs, exhaustively testing all potential combinations using real observers is simply impossible.

“The Camouflage Machine not only allows us to test all the colouration we see in nature, but also potential colouration that, for some reason, evolution did not realise.”

Principal Investigator Professor Nick Scott-Samuel, from Bristol’s School of Psychological Science, said: “The potential for applying the method in the human domain has not been lost on us.”

This was reinforced by his colleague Dr Roland Baddeley who said: “We are enthusiastic about the huge number of potential applications, from making road signs or cyclists as visible as possible, to minimising the visibility of the necessary but visually unpleasant infrastructure of the modern world (such as telephone masts, electricity pylons, and wind farms).

“While it is unlikely that we can make them ‘disappear’, it should be relatively simple, using The Camouflage Machine, to minimise how visually intrusive these things are in a given environment. Something probably everybody would agree with.”