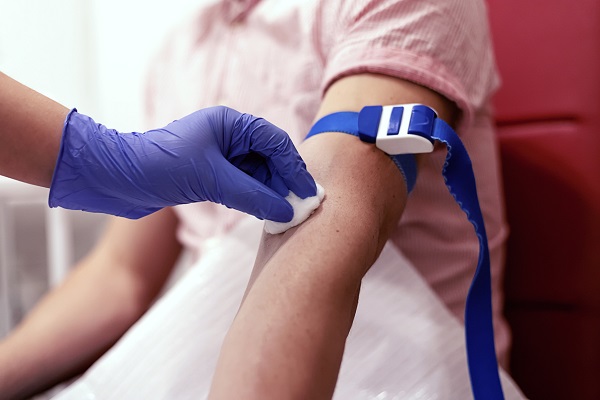 One-off training sessions for GPs are not enough to increase rates of HIV testing in general practice and greater support is needed, according to researchers from the University of Bristol’s Centre for Academic Primary Care and National Institute for Health Research (NIHR) Health Protection Research Unit in Evaluation of Interventions published in BMC Family Practice.

HIV-infected patients often present to their GP several times with signs, symptoms or a diagnosis more commonly found in those with HIV before being diagnosed, but healthcare professionals often miss this opportunity to test for HIV.

The researchers evaluated an education intervention designed to encourage GPs in practices with higher than average rates of HIV (more than 2 cases per 1,000 population) to undertake more routine HIV testing. Staff from 19 GP practices in Bristol, South Gloucestershire and North Somerset took part.

The intervention consisted of a one-hour interactive training workshop delivered by a specialist sexual health clinician. This included information on HIV testing recommendations, common signs and symptoms, who to test, how to discuss the test with patients, overcoming barriers to testing, how to manage negative and positive results, and linkage to care. The training concluded with a discussion, supported by case study examples, about ways to increase practice-level testing.

The researchers found that although there was a small increase in HIV testing in the six months after the training workshop, it could not be attributed to the intervention. Staff were positive about the intervention and reported that it increased their knowledge of HIV and skills in offering a HIV test.

A possible explanation for the lack of effect on HIV testing rates is that the training was delivered as a one-off session. Some clinicians commented that they struggled to remember the training content beyond the key messages. Also, the focus of the intervention was on information rather than skills-based training which may have failed to overcome barriers experienced by staff in offering HIV tests, such as lack of time, managing patient expectations and not prioritising HIV testing.

Dr Jo Kesten from the NIHR Health Protection Research Unit in Evaluation of Interventions at the University of Bristol and NIHR CLAHRC West, and a lead author of the study, said:

“Increasing the uptake of HIV testing across healthcare settings and reducing the stigma surrounding HIV testing is a major priority. A single educational workshop on HIV testing, although experienced positively, is likely to require repetition and support from additional measures to help encourage increased HIV testing rates. Our research highlights several continued barriers to testing suggesting that more support is needed to increase clinicians’ motivation and opportunity for HIV testing in primary care.”

Dr Mark Gompels, Immunology Consultant at North Bristol NHS Trust said: “It is vital that we support GPs to increase HIV testing in high-prevalence areas. Over 100,000 people in the UK are living with HIV, 96% of whom are on antiretroviral therapy or ART. Of those on ART, 94% have a consistently undetectable HIV viral load and therefore cannot transmit HIV to a sexual partner. This is fantastic news. However, around 10,400 people are undiagnosed and unaware they are HIV positive and are at greater risk of passing the virus on to others through unprotected sex. Also, individuals who are unaware they are HIV positive may only be diagnosed once their infection is advanced and they have become seriously ill. It is vital we determine the most effective methods of identifying those who unknowingly have HIV infections.”

Dr Jeremy Horwood, Senior Research Fellow at the Centre for Academic Primary Care and co-author of the study, said: "While our training programme to encourage more HIV testing was well received by clinicians, our research has highlighted continued barriers preventing the translation of intentions into behaviour change. Commissioners and public health officials should consider how they can support increased HIV testing rates in general practice."

About the NIHR Health Protection Research Unit in Evaluation of Interventions
The Health Protection Research Unit (HPRU) in Evaluation of Interventions, based in Population Health Sciences at the University of Bristol, is part of the National Institute for Health Research (NIHR) and a partnership between University of Bristol and Public Health England (PHE), in collaboration with University College London, Cambridge Medical Research Council (MRC) Biostatistics Unit and University of the West of England. We are a multidisciplinary team undertaking applied research on the development and evaluation of interventions to protect the public’s health. Our aim is to support PHE in delivering its objectives and functions. Our focus is on the PHE priority area of infection. Follow us on Twitter: @HPRU_EI

About the National Institute for Health Research
The National Institute for Health Research (NIHR) is the nation's largest funder of health and care research. The NIHR:
• funds, supports and delivers high quality research that benefits the NHS, public health and social care
• engages and involves patients, carers and the public in order to improve the reach, quality and impact of research
• attracts, trains and supports the best researchers to tackle the complex health and care challenges of the future
• invests in world-class infrastructure and a skilled delivery workforce to translate discoveries into improved treatments and services
• partners with other public funders, charities and industry to maximise the value of research to patients and the economy.
The NIHR was established in 2006 to improve the health and wealth of the nation through research, and is funded by the Department of Health and Social Care. In addition to its national role, the NIHR commissions applied health research to benefit the poorest people in low- and middle-income countries, using Official Development Assistance funding.