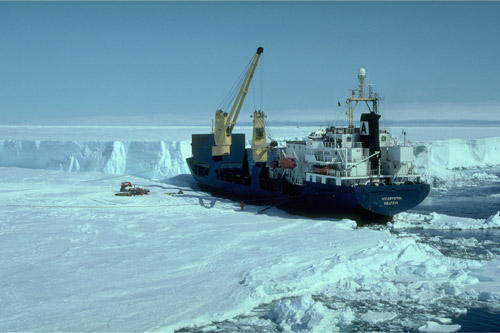 Scientists have known for over a decade that the West Antarctic Ice Sheet has been losing mass and contributing to sea level rise.

Its eastern neighbour is, however, ten times larger and has the potential to raise global sea level by some 50 metres.

Despite its huge size and importance, conflicting results have been published on the recent behaviour of the East Antarctic Ice Sheet.

A study led by a group of NASA scientists, that was published in 2015, suggested that this part of Antarctica was gaining so much mass that it compensated for the losses in the west.

Determining what the largest ice sheet on the planet is doing is vital for our understanding of the factors that are influencing present day, and future, sea level rise.

To address this question, a team of scientists led by the University of Bristol and including the University of Wollongong, Australia have studied the problem by combining different satellite observations within a statistical model that is able to separate the processes related to ice mass changes over the continent.

Professor Jonathan Bamber from the Bristol Glaciology Centre which is part of the School of Geographical Sciences, said: "We used similar data sets to the NASA team but added other satellite data from a mission called the Gravity Recovery And Climate Experiment (GRACE) to help solve for mass gains and losses.

"We then conducted different experiments, using similar assumptions made in the NASA study but found that in every experiment, mass loss from the west always exceeded gains in the east."

The researchers concluded that over the study period, 2003-2013, Antarctica, as a whole, has been contributing to sea level rise and that the gains in East Antarctica were around three times smaller than suggested in the 2015 study.

‘Constraining the mass balance of East Antarctica’ by A. Martin-Espanol, J. Bamber and A. Zammit-Mangion in Geophysical Research Letters

GlobalMass (www.globalmass.eu) is a 5-year ERC-funded project which aims to - for the first time at a global scale – rigorously combine satellite and in-situ data related to different aspects of the sea level budget, so that observed sea level rise can be attributed to its component parts.