Drinking in films linked to teenagers' alcohol use 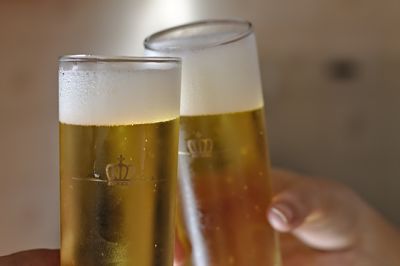 The research, published this week in the journal Pediatrics, studied data on more than 5,000 Children of the 90s participants when they were aged 15.

The team of researchers, led by Dr Andrea Waylen from the University's School of Oral and Dental Sciences, found that teenagers with the highest exposure to alcohol use in films were 1.2 times more likely to have tried alcohol than those least exposed, and 1.7 times more likely to binge drink.

Those with the highest exposure were also 2.4 times more likely to drink weekly and twice as likely to have alcohol-related problems than those less exposed.

This was the case even after a range of others factors were taken into account, including whether the teenager smoked, whether their peers drank and other social, family and behavioural factors.

The researchers suggest a review of film-rating categories and that alcohol ratings for all films may help reduce alcohol consumption in adolescents.Between 1989 and 2008, 72 per cent of the most popular UK box office films depicted alcohol use, but only 6 per cent were classified as adult only.

‘Alcohol Use in Films and Adolescent Alcohol Use’ by Andrea Waylen, Sam Leary, Andrew Ness and James Sargent was published online in Pediatrics on Monday 13 April 2015.