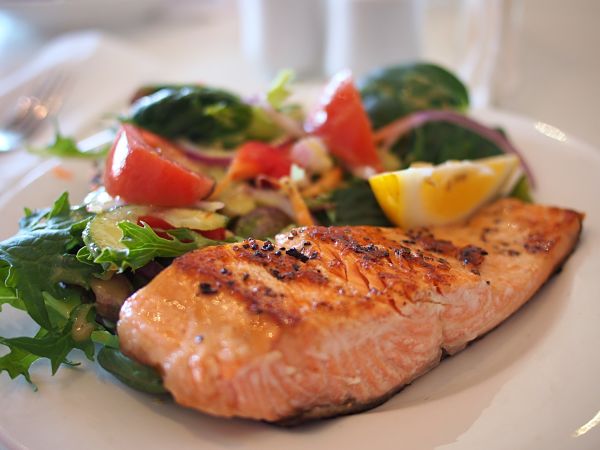 This research evaluated the associations between fish consumption, mercury and child development in the UK

Since all species of fish contain traces of mercury, which can harm brain development, many countries have developed guidelines to advise pregnant and breastfeeding women on fish consumption.

However, there is increasing evidence that, despite its mercury content, eating fish is beneficial for the development of the unborn baby, probably because of the key nutrients provided by the fish (e.g. vitamin D, omega-3 fatty acids, selenium, iodine).

In the UK, NHS Choices provides advice on fish consumption for pregnant and breastfeeding women, and women planning to become pregnant. The guidance refers to fish containing high levels of mercury, with a focus on fish to avoid and fish to limit.

This emphasis on limiting and avoiding fish because of mercury in the current NHS Choices guidelines could mean that women avoid eating fish altogether in pregnancy, and so miss out on the positive effects on their baby’s development.

This research involved data from a longitudinal birth cohort study - the Avon Longitudinal Study of Parents and Children (ALSPAC).

About 4500 pregnant women had the mercury levels in their blood measured and provided information on their fish and shellfish consumption. Their children have been followed up for many years and data on a range of markers of child development (for example, birthweight, IQ) have been collected.

There is a danger that the message “eat fish at least twice a week during pregnancy and breastfeeding” is lost in complicated and confusing guidelines.

Pregnant women could avoid eating fish altogether, and miss out on the positive effects on their baby’s development.

This simplified approach would maximise the benefits of fish eating for pregnant and breastfeeding women.

1. For pregnant women eating more than two to three portions of fish per week there were beneficial effects on child development, suggesting that advice to limit fish and seafood consumption could actually be detrimental.

3. Levels of mercury in the blood during pregnancy did not have any effect on the likelihood of a baby having a low birthweight or being born preterm. Birthweight was lower in babies whose mothers did not eat fish, suggesting that fish consumption has a beneficial effect on birthweight.

4. Levels of mercury in the blood during pregnancy did not have any effect on the child’s IQ at age 8 years provided the woman ate fish. This suggests that eating fish during pregnancy is likely to be beneficial to the cognitive development of the child.

5. Levels of mercury in the blood during pregnancy did not have any clinically significant long-term effects on blood pressure or heart rate in the child from age 7 to 17 years.

6. Levels of mercury in the blood during pregnancy had a beneficial effect on development (social, communication and motor skills) in the child from age 6 to 42 months. The results were similar in children whether the mother consumed fish or not. This indicates that there was no harmful effect of mercury in pregnancy on child development.

Fish and shellfish consumption in pregnancy had a relatively small effect on blood mercury levels.

There was no evidence for any adverse effects of blood mercury levels in pregnancy on a range of markers of child development, including birth outcomes, behaviour, blood pressure and IQ. In some cases, there was a beneficial effect of fish consumption.

Low fish and shellfish consumption in pregnancy did not protect children against poorer neurodevelopmental outcomes. Higher seafood consumption had a beneficial effect, suggesting that advice to limit intake could be detrimental.

These findings confirm those found in other cohort studies, such as the Seychelles Child Development Study. Fish consumption in the Seychelles is much greater than in the UK, but no evidence of abnormal or delayed development has been found.