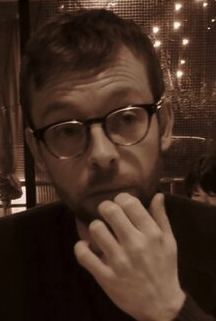 I am a social and cultural historian of popular culture and folklore in France since 1789. My interests include witchcraft, magic, and the Occult, including their connections to the history of science and medicine, as well as gender and family history, rural history, crime history, and anthropology. I also have a special interest in the field of 'creative histories', in the sense of histories that are made in collaborative and imaginative ways, and told in formats other than straightforward non-fiction prose, such as theatre, games, poetry, and fiction.

My first book, Body and Tradition in Nineteenth-Century France: Félix Arnaudin and the Moorlands of Gascony, 1870-1914 asks what the rural population thought important in their own lives during this period of dramatic change, in a region that arguably saw more rapid transformation than any other in France, the moorlands of Gascony. To answer this question, it focuses on Félix Arnaudin's folklore collection. Using songs, dialect speech and tales, the book argues that the labouring population understood the changes during the period of modernization in terms of their own bodies. Although this focus on the body was expressed in the traditional forms of song, tale, or proverb which held enduring relevance for many rural men and women, these traditions were not static, but were creatively adapted to understand the body in new ways.

I am currently researching witchcraft in France 1791-1940. Although witchcraft was effectively decriminalized in 1682, conflicts over sorcery not only continued into the eighteenth century, but beyond the Revolution of 1789, and across the whole nineteenth century. French newspapers reported hundreds of criminal trials involving witchcraft in this period. Many were trials of ‘witches’ for fraud, or illegal medical practices, but there were also at least 50 murder trials where the motive was suspicion of witchcraft. Where does this ‘modern’ witchcraft fit into the accepted narratives of the long nineteenth century? My project is particularly concerned with the connections between new medical, legal, psychological, scientific, and para-scientific ideas and the witches. Far from stamping out ‘superstition’, the spread of literacy and new ideas gave witchcraft wider resonances, intensifying and legitimating modern social conflicts.

I am currently on research leave.

I welcome enquiries about postgraduate work on any topic in nineteenth-century French history, and would be especially interested to hear from students who want to work on criminal justice, modern witchcraft, folklore, or the Occult.

I am also interested in supervising students who want to combine creative practice of any kind with historical research.

Please don't hesitate to get in touch if you would like to discuss your research plans.

I teach undergraduate courses on topics including the long history of witchcraft, science and the supernatural in the long nineteenth century, crime and punishment 1791-1914, and Napoleon.