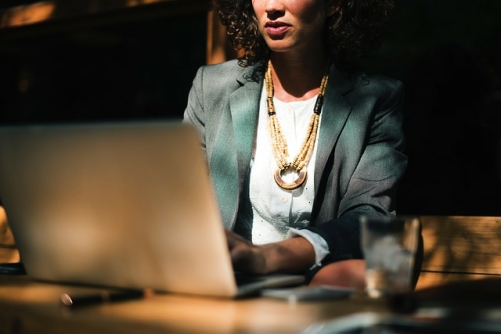 A call for more menopause-friendly workplaces is made in a new Government report prepared by a team from the Universities of Bristol and Leicester.

In the most comprehensive study of its kind, the report reveals that 'many women tend to feel that they need to cope alone' because of a reluctance to speak up at work.

The report, entitled 'The effects of menopause transition on women’s economic participation in the UK', was funded by the Government's Equalities Office and published by the Department for Education.

Its key findings and recommendations include:

Professor Jo Brewis, who was the lead author of the study from the University of Leicester, said: "Menopause transition has both negative and positive effects on working women, although there is more evidence for the former, including reduced productivity, higher rates of absenteeism and lower job satisfaction. The evidence indicates that many women find transition symptoms, especially hot flushes, difficult to manage and that being at work can exacerbate these symptoms.

"But women tend to feel that they need to cope alone, for example because they don't want their manager or colleagues to think their performance is being affected or because they find the prospect of disclosure embarrassing. There is also some evidence of gendered ageism in organisations, a factor which requires more research."

More women in the UK were working than ever before – some 70 per cent as it stands – but they also outnumber men in many labour market sectors, including health and social care, leisure, the professions and customer service.

Moreover, women now work much later in life: indeed the largest increase in UK employment rates since the early 1990s has been among women aged 50 and over. This is for a variety of reasons, including an ageing population more broadly, employers' efforts to retain skilled workers and increases in the state pension age.

As a result, with the average age of menopause being 51, many more women in the UK now experience this natural mid-life phenomenon whilst in employment, and are managing menopause transition symptoms through their forties.

The researchers hope their study will have a four-fold benefit: inspire employers across the UK to take action on this demographically pressing issue; reassure mid-life working women that their experiences of menopause transition are in no way unusual; educate those working with mid-life women about menopause transition; and encourage UK researchers to work to fill the numerous evidence gaps we have identified.

The report reviews 104 English language publications - the evidence base for the effects of menopause transition on women's economic participation in the UK from 1990 to the end of March 2016.