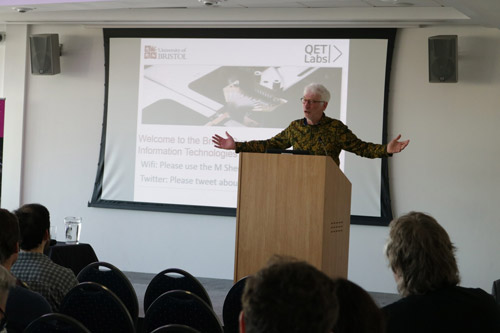 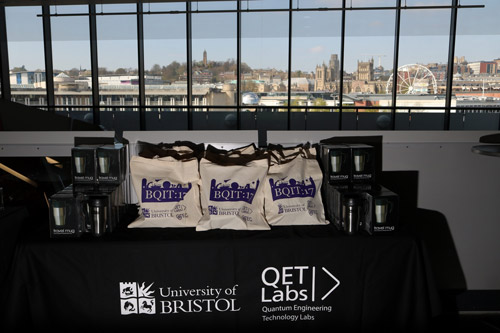 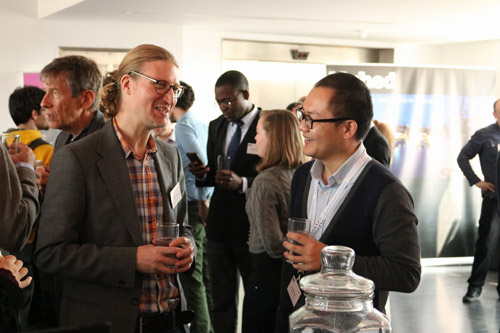 Quantum scientists and engineers from across the world have been in the city this week for the fourth annual Bristol Quantum Information Technologies Workshop (BQIT).

Each day saw talks on a number of quantum technology themes. After an opening address from the Professor John Rarity, the Director of the University of Bristol's Quantum Engineering Technology Laboratory, the first day featured talks from foundational entanglement and quantum information, to applied subjects such as quantum devices and communications.

The day concluded with talks on the emerging quantum industry, including an engaging panel discussion with speakers from the University’s Quantum Technology Enterprise Centre (QTEC), Innovate UK, DSTL, Keysight Technologies and BAE Systems.

Day two included talks on quantum information, as well as sensing, continuous variable photonics and scaling up quantum technology. The University of Ulm's Tommaso Calarco brought the day to an end by discussing  the European Commission’s Quantum Technology flagship, a €1Billion project due to launch in 2018.

Sae Woo Nam from NIST and Wolfram Pernice from the University of Munster began proceedings for the final day by talking about their respective work on single photon detectors, a fundamental device for photonic quantum computing.

They were followed by informative presentations on solid state, integrated photonics and hybrid quantum platforms, including talks by Drs Ruth Oulton and Raffaele Santagati from the University of Bristol.

As well as the broad variety of talks during the workshop, discussions were held over posters by researchers from institutions including Bristol, Warwick, York and País Vasco, and an exhibition area featuring the University’s Quantum Technology Enterprise Centre (QTEC), IOP, ThorLabs and ICE Oxford.

The University of Bristol has been at the forefront of developments in quantum technologies and last month this pioneering research, which ranges from fundamental theory to technology, was crystallised with the formation of the Bristol Quantum Information Institute, one of seven newly created Specialist Research Institutes designed to reflect the University's strength and depth in key specialisms.