Embark on a cultural adventure at the University of Bristol 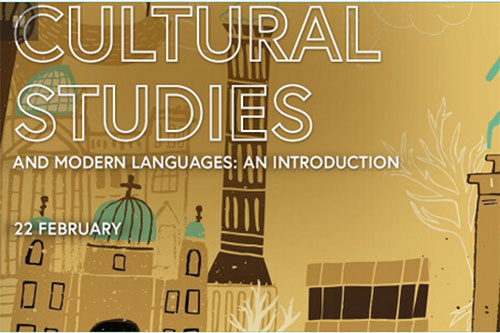 Ever questioned whether freedom is therapeutic? Or wondered what it would be like to venture into the nine circles of Hell? Or fancied belly dancing to the Marseillaise? A team of experts on language and culture from the University of Bristol has put together a free, four-week course – ‘Cultural Studies and Modern Languages: An Introduction’ – which takes learners on a cultural adventure across the world.

Ranging from Russia to Europe to Latin America, and taking in slogans, books, monuments and images from the medieval to the modern day, the course offers learners an understanding of how language and objects can reveal insights into nations.

Open to everyone with an interest in studying other cultures, the course is particularly suited to anyone considering a degree in modern languages.  It begins on Monday 22 February with registration now open on the FutureLearn website.

The wide-ranging course takes in a diverse range of topics, including the effect radical psychiatrist Franco Basaglia’s slogan La libertà è terapeutica (Freedom is Therapeutic) had on mental health care in Italy and across the world; why Dante’s voyage into hell in his poem Inferno still resonates 700 years after it was written; and what artist Zoulikha Bouabdellah’s video art work ‘Belly Dancing to the Marseillaise’ tells us about French identity and cultural difference today.

Course leader, Gloria Visintini said: “Fewer people study foreign languages in the UK than in other European countries.  Here at Bristol’s School of Modern Languages we are pioneering a better awareness of what such study is all about: not just acquiring fluency in another language but also exploring different cultures and societies while acquiring a range of critical and other skills useful in daily life.  This Massive Open Online Course (MOOC) is designed to give people a flavour of how exciting studying Modern Languages can be.”

Learners will be able to watch videos and read a range of articles then discuss this content with other learners online and enjoy further writing and research opportunities.  Although materials will be available in their original languages, the course has been designed in such a way that English is the only language needed to join.

Several thousand people from many countries across the world have already taken and enjoyed the course which is now running for the third time.  Their comments include:

“I decided to take the course because different cultures and languages fascinate me.  And it has been a great experience so far.  The themes have been captivating and motivated me to want to know even more about them.”

“The course certainly is helpful in learning to formulate ideas…”

“The format allows great time flexibility so have been able to fit in the course around work and family commitments.”

“I particularly enjoyed the discussions as I’m not the most confident person when it comes to expressing my ideas, but the positive replies… have helped me to be more confident in my own thoughts.”

“It is one of the broadest, most interesting courses I have taken.”

To register or find out more about the course, go to Cultural Studies and Modern Languages or email uob-futurelearn@bristol.ac.uk

Further information on the use of FutureLearn MOOCs within schools and colleges is available.