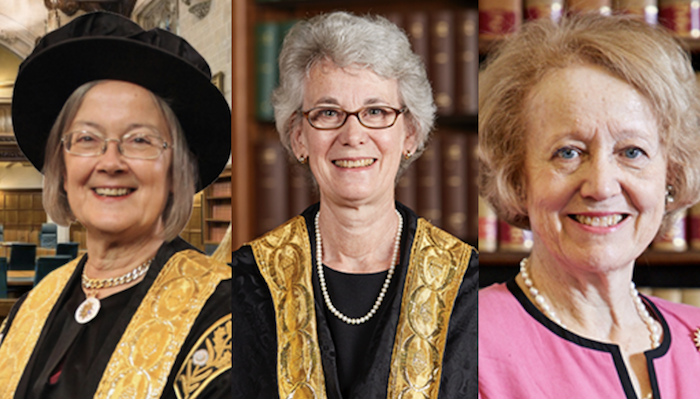 For the first time in UK history a Supreme Court case will be heard by a panel of judges with a majority of women, including President of the Supreme Court and former Chancellor of the University of Bristol the Right Honourable the Baroness Hale of Richmond, DBE.

The majority is made possible by the recent appointment of Lady Mary Arden, making for a total of three women among England’s twelve Supreme Court judges.

Lady Brenda Hale and Lady Arden will be joined by Lady Jill Black alongside two male justices, Lord Robert Carnwarth and Lord David Lloyd-Jones, to hear a case next month that will mark the first female majority panel of judges ruling on a Supreme Court case.

Vote 100 Find out more about our Vote 100 series, which highlights and celebrates women in law, the Law School’s Gender and Law research, and the achievements of academics, alumni, students and others that have supported the growth of the school.