Six myths about the ‘Prevent duty’ in universities 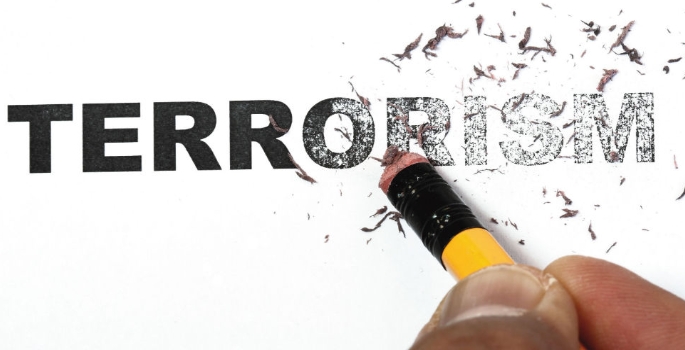 New research indicates that much of the concern about the effects of the Counter-Terrorism and Security Act 2015 (CTSA) in universities, particularly the Prevent duty, is based on myths, misconceptions and misunderstanding.

The Counter-Terrorism and Security Act 2015 (CTSA) has aroused great controversy by imposing a legal duty upon schools, universities, the NHS and other institutions to ‘have due regard to the need to prevent people from being drawn into terrorism’ (the ‘Prevent duty’).  However, in an article published in the current issue of the academic journal Public Law, Professor Steven Greer and Dr Lindsey Bell of the University of Bristol Law School argue that the campaign against the Act and the duty in higher education rests largely upon myths, six of which are particularly prevalent (‘Counter-Terrorist Law in British Universities:A Review of the “Prevent” Debate (PDF, 361kB)’).

In fact the Prevent duty applies to all forms of terrorism and not just the jihadi variety which, in any case, is capable of being perpetrated by people of any race. It is true that the vulnerability of most of those identified by Prevent is to Islamist terrorism. But, rather than indicating Islamophobia, this is simply an inescapable consequence of the fact that the most significant threat to the UK currently stems from this type. It would be unlawful for the Act to be used in a racist, Islamophobic or discriminatory manner and, if it were, this would be open to challenge in the courts (see below). While some Muslims oppose Prevent, there is no evidence that the majority do. Indeed 50,000 individuals and nearly 400 mosques willingly and voluntarily cooperate with it.

The Act does not criminalise anyone. On the contrary it seeks to stop people from being drawn into terrorist crime. It also operates entirely outside the criminal justice sphere and - because it applies to all forms of terrorism - it does not victimise any minority.

There is no reliable evidence that universities are even interested in gathering security-related intelligence about students let alone engaging in it. On the contrary, the norm throughout the sector is for the Prevent duty to be managed by student welfare services and for the risk of being drawn into terrorism to be treated as a vulnerability akin to others such as suicide.

Myth 4: The CTSA requires universities to report students for the expression of radical but harmless views which may result in referral to a de-radicalisation programme

The Act legally requires universities to create and manage appropriate systems to safeguard students from being drawn into terrorism. But they cannot themselves refer anyone to a de-radicalisation programme.

Local authority Prevent panels, to which students and others may be referred, can consider de-radicalisation amongst a range of options. But this is, in fact, rarely used. In 2015-16, for example, only 381 out of a total of 7,631 Prevent referrals from all sources (5%) received support for de-radicalisation. Nobody can lawfully be referred to a Prevent panel merely for the expression of radical or unorthodox views.

There must also be evidence of a risk of harm. Furthermore, those offered de-radicalisation assistance must agree to receive it and it is not an offence to withhold consent. Nor, providing appropriate welfare systems are in place, are there any legal consequences for universities which fail to refer a student who subsequently commits a terrorist offence.

Myth 5: The CTSA jeopardises safe and supportive learning environments and has a chilling effect upon the spirit of free inquiry and open debate which lie at the heart of the university mission

There is no reliable evidence that this is happening. For example, in the more than two years the Act has been in force, not a single event is known to have been banned in an English university in the exercise of the Prevent duty. Nor is this likely because, in higher education, the duty is balanced by several other statutory obligations. These include having ‘particular regard’ for freedom of speech and to the importance of academic freedom, and not discriminating unlawfully against, harassing or victimising students, including on grounds of race, ethnicity, nationality, religion or belief.

There are very good grounds for believing the CTSA complies with the European Convention on Human Rights, incorporated into UK law by the Human Rights Act. And, as already indicated, concerns that a human right may have been violated by exercise of the Prevent duty would, in any case, be open to legal challenge where proportionality would be the key test.

In a judicial review application earlier this year, for example, the court uncompromisingly rejected a claim that being named with others in an official press release about tackling extremism in universities and colleges was unlawful and a breach of the claimant’s human rights.

The authors conclude that, while the Prevent duty would certainly benefit from fine-tuning especially as far as ‘non-violent extremism’ is concerned, the CTSA is a democratically defensible and human rights-compliant response to palpable and urgent problems.

Steven Greer  is Professor of Human Rights at the Law School. He studied Law at the University of Oxford and Sociology at the London School of Economics, and has a PhD in Law from the Queen's University of Belfast (QUB). Steven has published widely, particularly in the fields of criminal justice, human rights, and law and terrorism. His book Supergrasses: A Study in Anti-Terrorist Law Enforcement in Northern Ireland (Clarendon Press, 1995) came runner-up in the Socio-Legal Studies Association/Oxford University Press Socio-Legal Book Prize in 1995, while The European Convention on Human Rights: Achievements, Problems and Prospects (Cambridge University Press, 2006) was short-listed with two other titles for the Hart Socio-Legal Book Prize 2008. His most recent book, co-authored by Janneke Gerards and Rosie Slowe, Human Rights in the Council of Europe and the European Union: Achievements, Trends and Challenges, will be published by Cambridge University Press in February 2018.

Dr. Lindsey Bell joined the Law School as a Lecturer in September 2017, after previously holding a lectureship at Royal Holloway, University of London.  Her first degree was in Law, also at Bristol, and post-PhD she worked for a time as a civil servant doing strategic policy in relation to defence and national security on Whitehall. Lindsey’s academic interests have an inter-disciplinary focus.  Her doctoral thesis theorised the phenomenon of trial by ordeal, drawing on legal historical and anthropological source materials. Her experience of working on such matters in the civil service, has supported her research in terrorism law and policy in the UK. Lindsey is particularly interested in oversight of the UK intelligence agencies and matters relating to privacy and security.