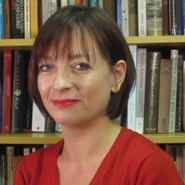 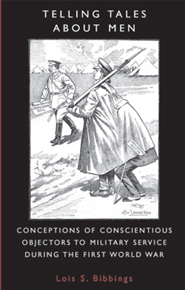 Lois Bibbings's new book 'T elling Tales About Men: Conceptions of Conscientious Objectors to Military Service During the First World War' was discussed on Radio 4's 'Thinking Allowed' on 6th January 2010.  Lois is a Senior Lecturer in the School of Law and an Honorary Research Fellow in the Centre for Ethics in Medicine at the University of Bristol.  She appeared alongside Professor Joanna Bourke (Birkbeck). Host Laurie Taylor led an engaging discussion about the monograph.

The book provides an intriguing account of how conscientious objectors to compulsory military service — who opposed the war because of religious, moral and political belief — were viewed and treated in England during WWI .

We all know stories about the Great War but these tend to focus upon soldiers and warfare. What I wanted to do in this book was to explore the ways in which tales could be told about the men who refused to fight.

Lois Bibbings
Historically, conscientious objectors could be imprisoned or otherwise penalised when their beliefs led into conflict with the government. Unsurprisingly, they were often deemed to be cowards, traitors, despicable criminals and degenerates. However, at the same time these men were also sometimes considered to be heroes and patriots — upstanding and intensely moral folk.

Exploring the relationship between men, war, culture, patriotism and individual conscience, Lois draws on a range of materials and disciplines to produce this socio-cultural study. Sources include diaries, government papers, legal records, newspapers, magazines and novels, whilst the book is informed by writings from literary and gender studies, criminology, sociology, law and history.

The book, published by Manchester University Press,  is available to order from Blackwells or Amazon.