Risk-takers predisposed to smoking and e-cigarette use, new study suggests 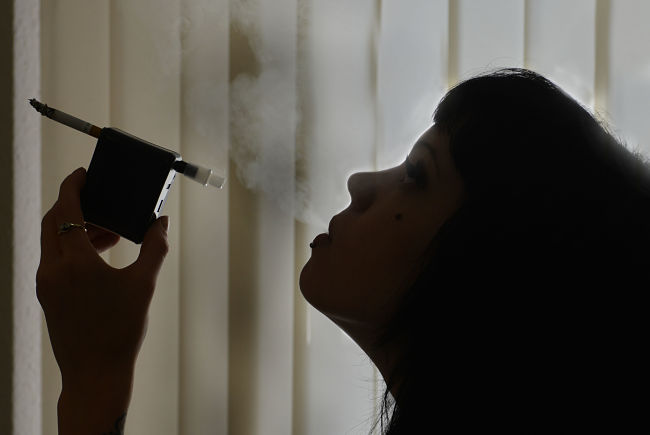 Research by the University of Bristol has found that the association between smoking and e-cigarette use could be explained by a broader genetic susceptibility to risk-taking.

The findings imply that the genetic influences associated with people taking up smoking also influence people being e-cigarette users; these were also found to be associated with risk-taking behaviours more generally, such as externalising disorders in childhood.

Previously, e-cigarette-use has been linked to an increased risk of smoking. However, if individuals are genetically more likely to both smoke and use e-cigarettes, policies which aim to prevent e-cigarette use by removing them from the market may actually encourage smoking where only cigarettes are available.

Dr Jasmine Khouja, MRC IEU member, lecturer at Bristol’s School of Psychological Science and a member of the University’s Tobacco and Alcohol Research Group, is lead author of the study, which has been published in the health journal PLOS Medicine.

She said: “There is concern that young people who are non-smokers might be more likely to become a cigarette smoker if they have access to e-cigarettes. This is known as the 'gateway hypothesis'.

“These findings suggest that e-cigarette use and smoking may share a common genetic basis, which could reflect a broader predisposition to taking risks. Our findings could have important implications for policy going forward.”

Researchers now aim to replicate this study with a cohort of adolescents for whom e-cigarettes and cigarettes have been available throughout their adolescence. This is to further explore the relationship between genetic influences and e-cigarette use among individuals who have never smoked before.

Dr Khouja added: “This will allow us to better understand the nature of the association. If the link is still observed among people who have never smoked, this would indicate that the association is not simply due to smoking causing e-cigarette use and indicates that the two behaviours share a genetic basis.”

‘Association of genetic liability to smoking initiation with e-cigarette use in young adults: A cohort study’ by Jasmine Khouja et al in PLOS Medicine.