Smoking a causal risk factor for breast and colorectal cancer 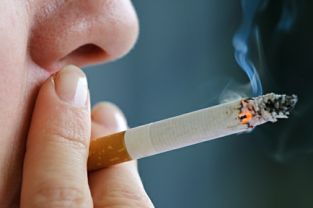 IEU researchers have contributed to research that demonstrates that smoking is a causal risk factor in the development of breast cancer and colorectal cancer.

For many years, observational studies have shown that smoking is a risk factor in the two cancers. However, this evidence is uncertain as a result of the modest strength of the relative risks as well as the possibility of confounding from other risk factors, such as high BMI and alcohol consumption.

The new study used Mendelian randomisation (MR), which uses genetic variants associated with the exposure (in this case, lifetime smoking) to enable the estimation of a causal effect of the exposure on the outcome (in this case, breast and colorectal cancer). The evidence is based on almost 123,000 breast cancer cases and over 52,000 prostate cancer cases, as well as a similar number of controls.

The findings of the study are consistent with previous observational studies, and support a causal role of higher lifetime smoking in the development of both breast and colorectal cancer.

University of Bristol researchers involved in the study include Dr James Yarmolinsky, with Professors Sarah Lewis and Richard Martin. The research was led by Niki Dimou of the International Agency for Research on Cancer (IARC) in Lyon, France. It is published in Cancer epidemiology, biomarkers and prevention.