The University of Bristol’s careers fairs are targeted by employers from the accountancy and business sectors where Bristol counts among the top ten institutes for graduate recruiters to visit.

Our graduates go on to succeed in careers in finance, law, health and social work and with international organisations such as HSBC, PricewaterhouseCoopers, KPMG, Rolls-Royce, NHS and Bristol City Council.

The faculty is committed to ensuring that students are offered high-quality employability and skills development. We aim to work with employers and the Careers Service to enable students to make and implement informed choices about their future and realise their aspirations. Destinations of our recent graduates and taught postgraduates are as follows: 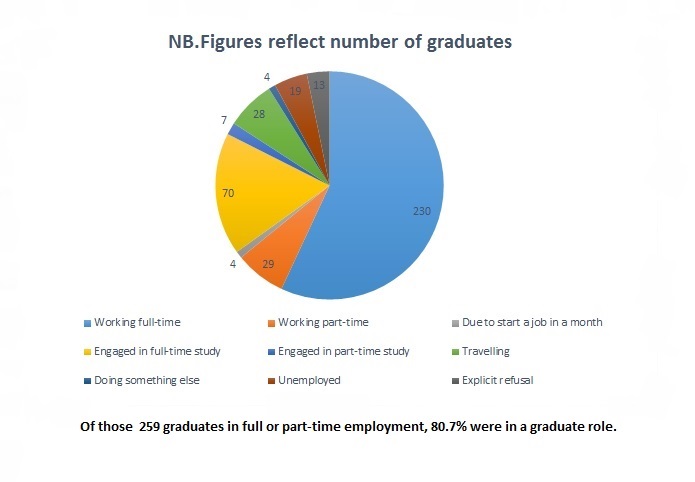 The University of Bristol Careers Service also a dedicated careers adviser with responsibility for postgraduate students, and workshops are organised specifically for research students throughout the year.

Where are they now?

Many of our graduates take up key positions in the law, government, education, the third sector and business. Some are very well-known in these arenas.

Out of the media glare, others demonstrate leadership and commitment as movers and shakers in their chosen fields. You will find our graduates as business entrepreneurs; partners and practitioners in law and accountancy firms in the City of London; correspondents, editors and media professionals for organisations such as the BBC, British Film Institute and the Times; as executives in NHS Trusts and charities; leaders in schools and universities; directors within the retail, leisure and finance industries; and MPs and policy advisors for government.