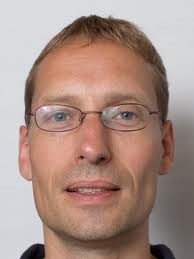 My interests are in medieval literatures and languages, particularly medieval English, French, Latin and Dutch. I began my research career with a study of the influence of French Arthurian romance on Sir Gawain and the Green Knight. My PhD dissertation of the topic was published by Oxford University Press as Sir Gawain and the Green Knight and French Arthurian Romance. The Gawain Poet has remained an interest of mine ever since: my latest contribution to this area is an edition of all four poems for Penguin, The Works of the Gawain Poet (2014), co-edited with my colleague Myra Stokes. I am also interested in other stories about King Arthur, and wrote the chapter on the twelfth century in The Cambridge Companion to the Arthurian Legend, which I co-edited with Elizabeth Archibald. Editing the Gawain poet led to an interest in the metre of alliterative poetry, and with Judith Jefferson I have explored the metres of Middle English alliterative poems and romances in articles and books. I am now thoroughly absorbed by the history and literary heritage of Anglo-Dutch relations and you can find my publications on this topic under the publications tab. 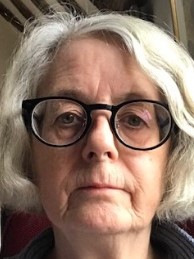 I am Emeritus Honorary Professor in European Medieval History at the University of Cambridge and College Lecturer and Fellow of Emmanuel College, Cambridge. Born and educated in the Netherlands, I came to Cambridge as a postdoctoral researcher funded by the Dutch Research council in 1984 and have been there ever since. I have lectured at international conferences and was Visiting professor at Paris VII ‘Diderot’ (1999) and New York University (2012).

I have published extensively in Anglo-Norman history with special reference to the Latin sources of the Norman conquest of England in 1066, such as the Gesta Normannorum Ducum (ed. and trans.; Oxford Medieval Texts, Oxford University Press, 2 vols 1992-5), the Warenne (Hyde) Chronicle (ed. and trans. with Rosalind Love, Oxford Medieval Texts, Oxford University 2013) and several shorter texts such as the Brevis Relatio which can be found in my (early) collected essays History and Family Traditions in England and the Continent 1000-1200, Variorum Collected studies series (Farnham, 1999). The Normans in Europe, is a collection of translated sources on the Normans (Manchester University Press 2000). I co-edited volumes on Norman or Norman related topics, such as A Companion to the Anglo-Norman World (Woodbridge, 2003), Exile in the Middle Ages (Turnhout, 2004), Orderic Vitalis, Life, Works and Interpretation (Woodbridge, 2016), A Social History of England, 900-1200 (Cambridge, 2011), and People, Texts and artefacts: Cultural Transmission in the medieval Norman Worlds (London, 2018). I was Director of the Battle Conference on Anglo-Norman Studies and edited its annual proceedings Anglo-Norman Studies, 37 (2014) – 41 (2018).

My other interests are the history of women and gender, memory and historical writing in the Middle Ages, and of marriage (Memory and Gender in Medieval Europe 900-1200 published by MacMillan in 1999 and, as editor, Medieval Memories. Men, Women and the Past, 700-1300; with Patricia Skinner I translated Medieval Writings on Secular Women for the Penguin Classics series in 2011). My most recent book Married life in the Middle Ages, 900-1300 was published in the series Oxford Medieval Studies in European History in 2019. 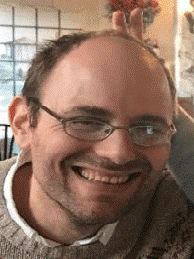 I studied Dutch and English Medieval Studies in Amsterdam, Berkeley and Oxford, and received my PhD in Combined Historical Studies at the Warburg Institute. I previously taught at the Universities of Exeter and Sussex, and Bilkent University (Ankara). I am a fellow of the Royal Historical Society and was awarded the Society for Renaissance Studies Book Prize 2012. 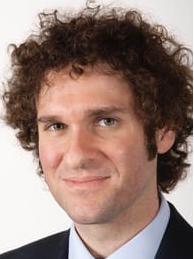 My research interests include Medieval Latin, textual criticism, Classical epigraphy and linguistics (especially bilingualism). For this project I am focussing on the Latin material from the first half of our period. I have recently worked on Folcard and Goscelin, two Flemish hagiographers who wrote in England in the 11th and 12th centuries. I am currently working on poetry written in honour of a Matilda de Bailleul, a Flemish abbess in England who died in the early 13th century.

I am also continuing my work on an edition of the poetry of Serlo of Bayeux (Serlonis Baiocensis Carmina) alongside Dr Marie-Agnès Lucas-Avenel (Université de Caen) and Professor Edoardo D’Angelo (Università degli Studi Suor Orsola Benincasa, Napoli). This will be the first complete edition and translation of his works.