The Bristol Poetry Institute looks forward to hosting poet Xavier Mas Craviotto for a launch of his new book La gran nàusea. Join us for a reading and conversation with the poet facilitated by James Hawkey and introduced by Joanna Crow.

Free and open to all, booking required.

La gran nàusea is a book of poems that delves into a process of exhaustion and weariness. An erosion that consumes the bonds between consciousness and reality, and inevitably leads not only to a feeling of tedium, but also to a hyperconsciousness of unreality and an invasion of strangeness. Taking as its starting point the symbol of the nausea that can be found in Jean-Paul Sartre’s famous novel and also in some of Nietzsche’s works, together with other authors like Lars Svendsen, Peter Handke, Byung-Chul Han or filmmakers like Ingmar Bergman, the poems of this book rummage in the apathy raised in a world of demolished senses and wasted meanings, in the deep malaise that we have inside when we feel close the presence of an invasive, compact and solid void. La gran nàusea is a book about the (capital-V) Void. A Void that, like from the nausea to the vomit, starts being an inner and intangible discomfort and ends up being an outer and material reality; a deified Void that we liturgically venerate; a Void that goes from the individual to the community; a Void that in the beginning of the book pulls down a house and at the end of the book devours a whole city.

La gran nàusea is divided in three parts —repleció, antiperistalsi and èmesi—whose titles correspond to the three phases of vomit. In these poems, the reader will embark on a poetic journey with an I and a You that struggle to understand not only each other but also a world that fades away right before their eyes. A world in which anything makes sense because words have been worn away and have lost their capability of evoking and attributing meanings and identities.

You can learn more about this event's contributors on our blog. 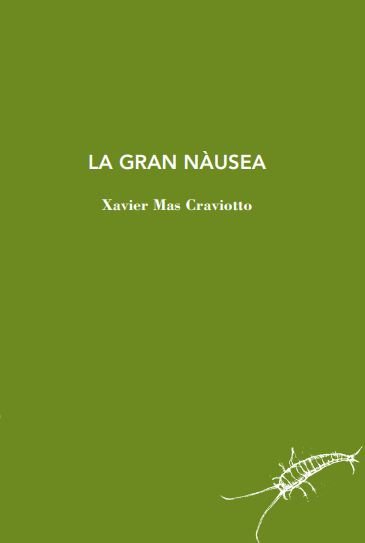