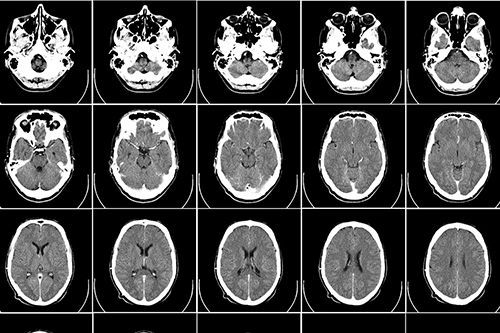 A new simple blood test for brain tumours that could be used by GPs in primary care will be developed thanks to funding of nearly £500,000 by Cancer Research UK. Around 60,000 patients in the UK are living with a brain tumour but only 20 per cent of patients are still alive five years after diagnosis, partly because they present late with large inoperable tumours.

The cross-disciplinary research project brings together medical practitioners, along with experts in population health, nanoparticle engineering and detection, as well as computational modelling.

Dr Kathreena Kurian, Head of the Brain Tumour Research Centre at the University of Bristol, said: "A simple blood test carried out by GPs would help decision-making and early diagnosis. This would revolutionise care by speeding up diagnosis, reducing costs to the NHS, anxiety of unnecessary scans and reducing the number of patients presenting with inoperable large brain tumours.

"Additionally, this test could be used as an early monitor of brain tumour recurrence. Our work will be followed by a multicentre cohort biomarker study to determine the effectiveness of the test in a real-world setting."

Dr Sabine Hauert from the Department of Engineering Mathematics and Bristol Robotics Laboratory (BRL), added: "Nanoparticles have shown promise in early detection of cancer by fluorescent labelling of very low levels of biomarkers in blood samples and other fluids."

Dr Alexis Webb, Cancer Research UK's senior early detection funding manager, said: "At the moment the number of people who survive after a brain tumour diagnosis remains low and little has changed in over a generation. We’re proud to support this innovative project and funding brain tumour research remains a priority for the charity. We need better techniques to diagnose brain tumours earlier, when more treatment options are available, to secure a future for more people affected by the disease."

Professor Carmen Galan, Professor of Organic and Biological Chemistry in the School of Chemistry, who has developed the fluorescent carbon-based nanomaterials that form the basis for the project, explained: "The fluorescent nanoprobes are produced by low-cost renewable routes and we have shown that we can decorate them with different biomolecules to target specific biomarkers in physiological conditions, which is really exciting."

Dr Neciah Dorh, CEO of FluoretiQ Limited, stated: "As a diagnostics company, we are passionate about creating technology that can improve people’s lives and we see this project as natural extension of the work that we are currently doing in infectious disease."

In the UK in 2013, 38 per cent of brain tumour patients visited their GP five times or more before being referred for diagnosis by imaging MRI/CT scan and neurosurgical biopsy, because the symptoms such as headache are non-specific, so there is an urgent need to develop new tests for brain tumours to help GPs diagnose brain tumours earlier.

There is a pressing need for the discovery of new blood biomarkers for brain cancer and state-of-the-art technology that allows for its sensitive detection.  The aims of the research project are:

Glioblastoma is the most common type of malignant brain tumour among adults and it is usually very aggressive, which means it can grow fast and spread quickly.  It is characterised by abnormal blood vessels following a leaky blood brain barrier (BBB). GFAP is unique to the brain and not present in blood that circulates throughout the body.  Antibodies in GFAP are used to diagnose gliomas in tissue samples. There is evidence that GFAP crosses the leaky BBB and is an early non-specific peripheral blood biomarker which predates the clinical diagnosis of glioblastoma.

However, GFAP levels are too low for routine detection by routine protein detection tests such as ELISA. The research team has already identified other novel potential protein biomarkers of brain tumours using the epidemiological method, Mendelian Randomization, which may be present in low levels in the blood.

Fluorescent carbon dots (FCDs), also known as nanoparticles, are cheap and easy to create using a three-minute synthesis. FCDs can be readily attached to ligands such as antibodies targeting specific protein markers. FCDs labelling biomarkers can then be detected using nanophotonic technology, which has been developed by FluoretiQ, for rapid, sensitive, and low-cost diagnosis. Computational modelling will then be used to predict tumour size given biomarker availability in blood and establish the theoretical limits of the detection.

The four-year project entitled ‘Development of a cheap sensitive blood test for early detection of new and proven biomarkers of glioblastoma using fluorescent carbon dots and nanophotonics' has received funding of £491,641.08 from Cancer Research UK and will begin in April 2020.

The project will be led by Drs Kathreena Kurian and Sabine Hauert, in collaboration with co-investigators: Professors Carmen Galan and Richard Martin at the University of Bristol; Dr Neciah Dorh at FluoretiQ Limited and Dr Helen Bulbeck at Brainstrust.

Blood samples used during the study will be collected from consented patients with a suspected brain tumour who have been referred to Southmead Hospital Bristol for CT/MRI scans.