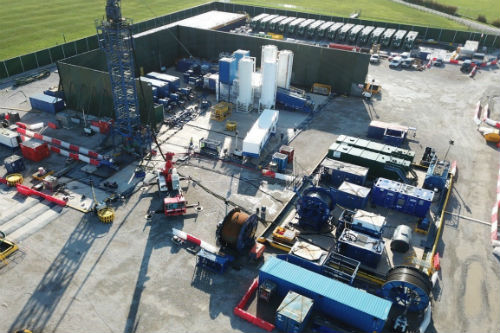 Scientists from the University of Bristol have found a more effective way to predict seismic activity at hydraulic fracturing sites, ensuring that potential earthquake activity remains within safe levels.

Hydraulic fracturing, or fracking, is a technique designed to recover gas and oil from shale rock by drilling down into the earth and injecting a mixture of water and sand at high-pressure, creating fractures that allow the gas or oil to flow out.

Like many other industries, such as coal mining, hydro-electricity and geothermal energy, fracking has in some cases been known to cause earthquakes.

In 2011 test operations near Blackpool had to be suspended after tremors of 1.5 and 2.2 magnitude were detected.

Investigations carried out after this concluded that it was ‘highly probable’ that the drilling had caused the tremors and new ‘traffic light’ regulations were introduced at fracking sites across the country.

Currently, there is little scientific basis for how the amber and red-light thresholds should be decided.

Lead author, Dr James Verdon from the University’s School of Earth Sciences, said: “Many industries can create induced earthquakes, including both longstanding ones like coal mining and hydroelectricity, and newer ones like geothermal and hydraulic fracturing for shale gas.

“Our goal is to manage induced seismicity, ensuring that these industries conduct their activities in a safe manner, without posing a risk to nearby buildings and infrastructure"

The Bristol-led research, published today in the journal Seismological Research Letters,shows that using microseismic data to make forecasts about expected seismicity can provide a far more effective approach than the simple traffic light scheme (TLS) system which is currently used.

Dr Verdon added: “The TLS is a retroactive method. This means that the red-light threshold must be set far below the actual level we need to avoid, otherwise the operator would only stop after larger earthquakes have occurred.

“This is a problem because on the one hand operators may be required to stop their work even though everything is actually at a safe level. However, on the other hand if they set the red-light level too high then they may allow damaging events to occur.

“Our work is about developing and testing a model that can take the observations we have at an early stage in the operation and make predictions that are robust and accurate about what will happen as the injection proceeds, thus allowing an operator to make decisions while ensuring that any earthquakes remain within a safe level.”

All subsurface industries (for example, oil production, mining and geothermal) produce very small magnitude “microseismic events” - these are far too small to be detected even by sensitive instruments at the surface.

Instead, recording instruments called geophones are installed in monitoring boreholes that are within a few 100 metres of the injection point.

This allows them to pick up the ‘pops’ and ‘cracks’ of the rock as the fluid is injected. To give an idea of scale, a typical microseismic event might consist of a fracture the size of a dinner plate moving by less than a millimetre.

“So, our aim is to use the microseismic data, which is far too small to be felt by people at the surface and make models and predictions of whether the injection might be about to give us a larger event, and therefore should be stopped.”

The team developed a statistical model that takes the small-magnitude microseismic data and makes predictions about what magnitude the tremors might reach as injection continues.

Previously they tested their approach using past data from older sites. However, in this case they were analysing live data from the Preston New Road site in Lancashire, and providing the operator, Cuadrilla, with their results, which they used to inform real-time decisions about how to proceed.

Dr Verdon said: “Importantly, our modelling approach was successful - the magnitudes that actually occurred were in line with the magnitudes that we predicted from our model. This gives us confidence that our approach is robust and can be used for decision making at future injection sites.

“This approach has implications not only for today’s shale gas industry, but for future industries like geothermal energy and carbon capture and storage that are being planned in the UK.