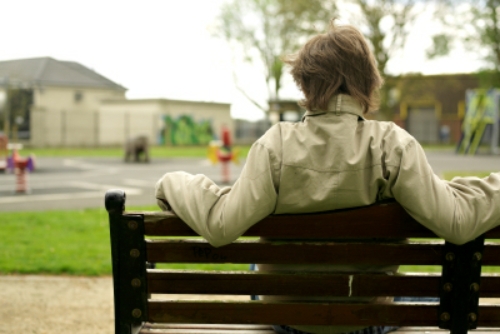 A team of researchers based at three Universities, including the University of Bristol, are working with the National Institute for Health Research (NIHR) to help people who may be lonely in our communities.

In total, £976,000 is being invested by the NIHR over three years to carry out the work.

Recent figures show that around 30 per cent of people in the UK feel lonely. Southampton city council surveyed 1,500 people and found that in the city the figure was nearer 40 per cent.

Researcher Dr Rebecca Kandiyali, in the Health Economics at Bristol (HEB) team, will be leading on the health economics aspects of the study.

She said: "My role will be to look at the long-term costs and consequences that loneliness and social isolation can bring. We know that social networks are important and we’ll be looking at what the impact is in terms of health and wellbeing.

"This study will be a really valuable addition to the national evidence base on the risks posed by loneliness and the prospects for cost-effective intervention."

Dr Rebecca Band, at the University of Southampton, is leading on the study and said: "We know it can be really difficult to talk about feeling lonely – lots of people feel like others might not understand or that it is somehow their fault.

"People of any age can feel lonely for different reasons - even if they are surrounded by lots of people – and this can be bad for your health. This study will try to tackle loneliness by improving social networks and connections to the local community."

The research will be taking place in three Universities in England: the University of Southampton which hosts NIHR research teams, Liverpool John Moores University and the University of Bristol. In all, more than a dozen researchers will work on the Include project involving psychologists, social scientists, health economists, and training and support staff.

Three quarters of the people taking part in the research will come from the South of England (Hampshire, Dorset and the Isle of Wight) and the other quarter from the Liverpool area.

The NIHR research team is looking to help support people who may feel that they are lonely. One in ten older people identify as being lonely according to research by Age UK and the Campaign to End Loneliness.

The idea is to use a new way of connecting people with what's around them in their community, using a web based tool called GENIE.

This research is funded by the NIHR Public Health Research programme, the GENIE tool has been developed by NIHR CLAHRC Wessex* and is commissioned by Southampton City Council.

*Collaboration for Leadership in Applied Health Research and Care (Wessex)