Prestigious recognition for Bristol physicist and his team 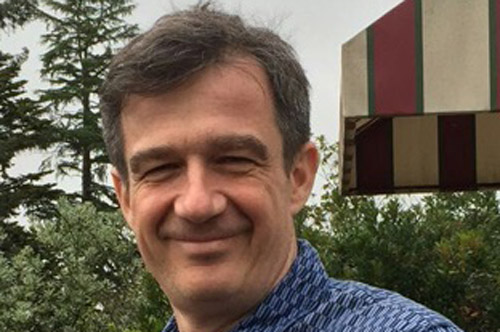 A University of Bristol physicist has been elected as a new Fellow of the International Society for Optics and Photonics (SPIE).

Professor Martin Kuball heads up the University's Centre for Device Thermography and Reliability (CDTR), a research centre focusing on improving the thermal management, electrical performance and reliability of semiconductor devices, circuits and their packaging.

He leads a team of 20 international researchers and PhD students and works with industry and academia from across the globe to develop the next generation of technology for communications, microwave and power electronics to enable the low carbon economy.

Each year, SPIE promotes members as new Fellows of the Society and Professor Kuball is one of 73 new Fellows for 2018.

Fellows are Members of distinction who have made significant scientific and technical contributions in the multidisciplinary fields of optics, photonics, and imaging. They are honoured for their technical achievement, for their service to the general optics community, and to SPIE in particular.

Professor Kuball said: "It's really exciting that our research continues to be internationally recognised and we are leading the field in this area."

This is the second major recognition for Professor Kuball and his CDTR team after they won the prestigious University Research Group of the Year at TechWorks Awards in November 2017.

The awards celebrated the year’s key electronics innovations, people and companies from across the UK and Ireland. While these were the inaugural TechWorks Awards, they followed on from the NMI Awards, which ran from 2001 to 2016.

The Research Group of the Year category specifically promotes teams that demonstrate excellent liaison and partnership with industry.

The award was given for the group's  very strong research portfolio in Gallium Nitride device reliability for next generation communications and power applications and its excellent and broad-ranging relationship with industry, working with companies such as MACOM, Airbus, MBDA and Plessey.

The judges were also impressed by the group’s attention to equality and diversity as an integral part of capability development.