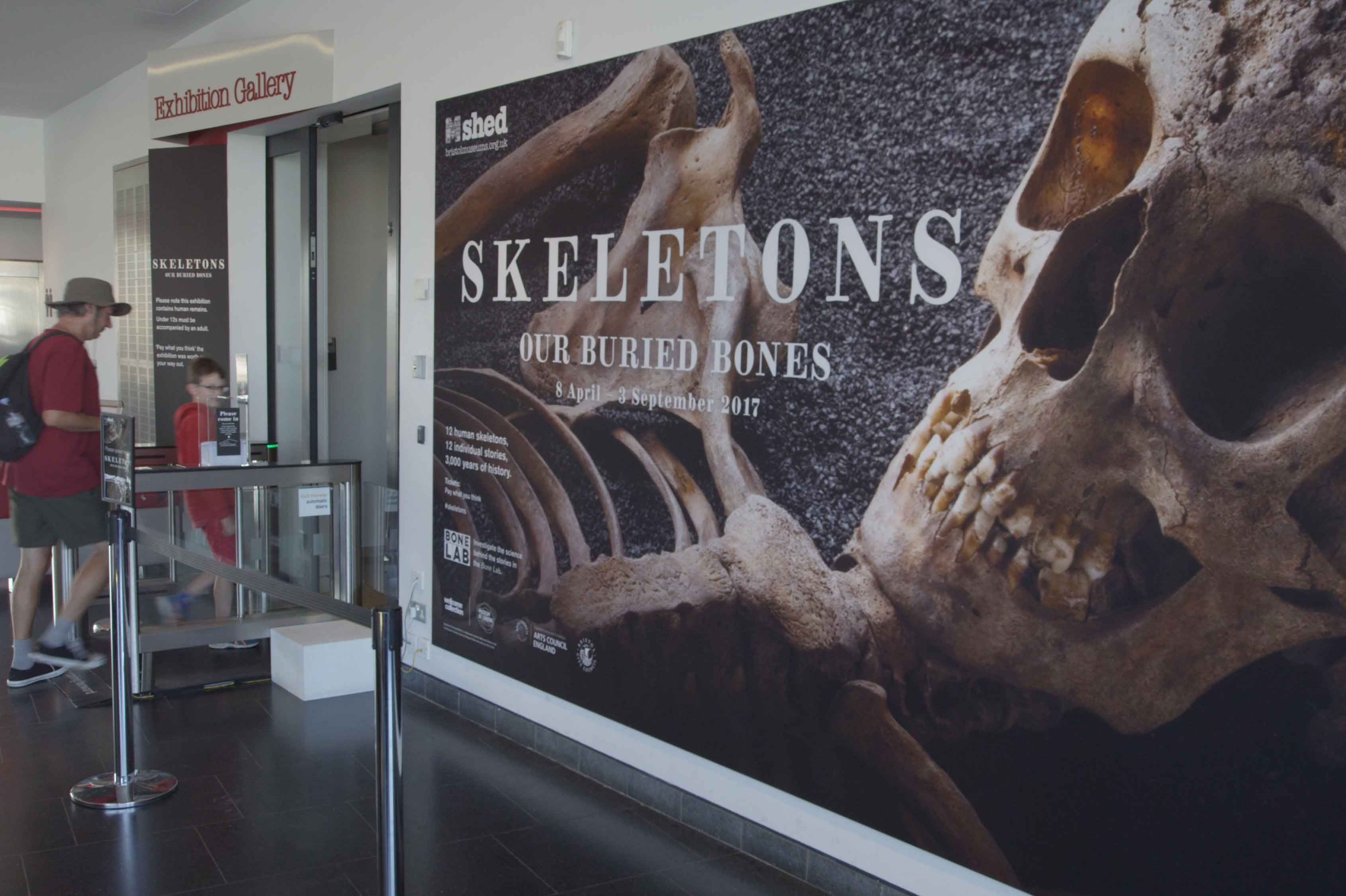 The Skeletons: Our Buried Bones exhibition at the MShed 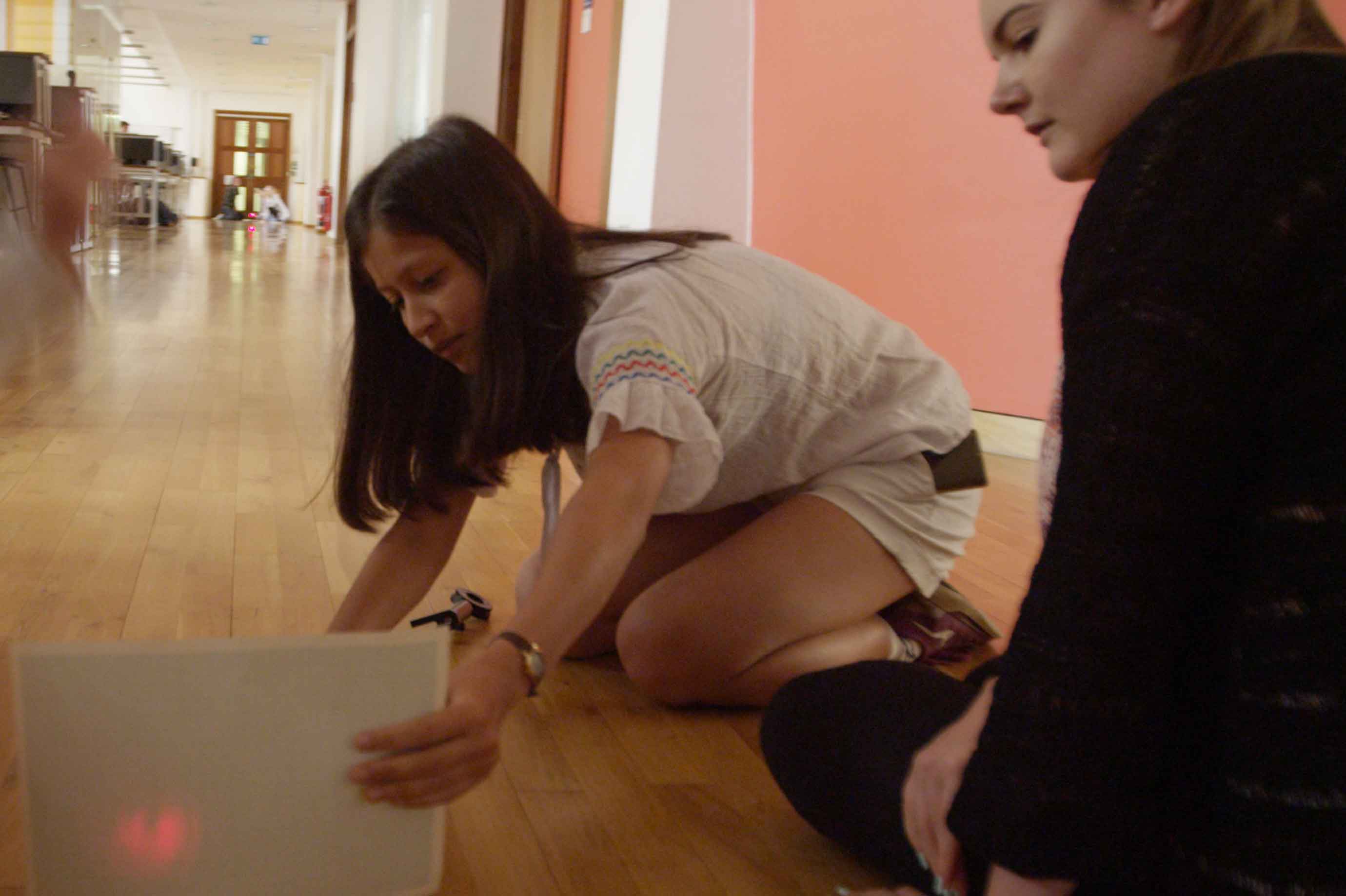 The winners of the University of Bristol’s 2016/17 Engagement Awards, judged by the Engaged University Steering Group, have been announced.

Awards are given for outstanding achievement in engagement and researchers at any stage of their careers may participate.

This year there were two recipients of the award:

Those highly commended were:

Several years in the making, the project involved an exhibition and ‘Bone Lab’, alongside other public and school events which constituted the flagship summer 2017 programme at the MShed. In its first month, the exhibition received 16,000 visitors and 20 per cent of those surveyed were completely new to the museum.

The project was a collaboration with Bristol Museums, the Wellcome Trust, the Museum of London and Avon Archaeology Ltd.

The exhibition was structured in two sections: the ‘Bone Lab’, providing learning resources for basic forensic anthropology and reflective pieces exploring issues surrounding death and dying, and a display of archaeological skeletons with narrative describing the life history of each individual and photographs of the burial places.

The exhibition and accompanying activities were planned and delivered with the help of a team of volunteers from Professor Robson Brown’s research group consisting of two post-docs, PhD and MPhil students and third-year undergraduates.

The judging panel praised the genuine collaboration with external partners and the involvement of a range of researchers, recognising the value of multiple voices and skills.

Professor Robert Bickers, Faculty Research Director, commented: ‘This is exemplary. It’s a textbook example of how a project grows from a strong research base, engages with a range of local stakeholders, and develops a strong, successful and imaginative exhibition and public programme’.

You can watch a short film about the Skeletons project on the University youtube channel.

QETLabs Engagement Team, supported by Caroline Clark and Rebecca McCutcheon, received the award for Quantum in the Crowd, a multi-faceted outreach programme designed to educate and engage the public in QETLabs research.

The QETLabs team is a cross-faculty research group of over 100 people working to deliver quantum technologies. Half of all postgraduate students have participated in outreach at some point during their PhD, as well as many postdocs, lecturers and members of the administration team.

The Quantum in the Crowd programme engages multiple stakeholders in the research to make quantum technologies accessible for all; a key driver of this is the addition of an outreach component to the Quantum Engineering CDT course which supports new students in designing their own science communication presentations.

Quantum in the Crowd activities range from festivals and schools’ workshops to industry events, reaching approximately 10,000 people to date. This year they have been involved in three main events: the Cheltenham Science Festival, the Royal Society Summer Science Exhibition and the Quantum Computer Art exhibition with the Royal College of Art and the Victoria and Albert Museum. This is in addition to flagship activities such as Quantum in the Summer, their annual summer school, and the Quantum Innovation Lab, a three-day exploration into the near-future benefits of quantum technologies for industry. The group recently launched Quantum in Conversation, an interactive, multimedia blog, aiming to bridge the gap between the world of quantum labs and the wider public. In addition to this is Quantum in the Cloud, an online simulator for those who want to have practical experience of manipulating information using quantum computers.

The judging panel commended the extent of buy-in and contribution from all those involved, the breadth of activities and how this has facilitated a shift in culture in the research area.

Dr Jaap Velthuis, Impact Director for the School of Physics said: ‘Quantum in the Crowd is an extensive outreach programme that has reached a range of audiences across multiple platforms and obtained national recognition… Unlike the usual outreach done by a few enthusiasts in the group, this is a strategic initiative supported by the whole group and embedded in the core of their operations… This makes outreach an integral part of the learning journey’.

You can watch a short film about the Quantum in the Crowd project on the University youtube channel.

Dr Kathreena Kurian, Head of the Brain Tumour Research Group and Hannah Barber, a PhD student/biomedical scientist from the Bristol Medical School were highly commended for their collaboration with Maca Gomez-Gutierrez and Helen Della Nave from We The Curious (formerly At-Bristol) Science Centre on the Interactive Replica Neuroscience Research Lab. This mock-up lab received 2,500 visitors over a five-week period, providing an opportunity for young visitors and their families to talk to researchers about neuroscience research and consider ethical questions around tissue use.

The judging panel were particularly impressed by how well the activity was designed, conceived and evaluated and positive comments were made about the nature of collaboration with At-Bristol.

Sandra Neumann, a PhD student from the School of Physiology, Pharmacology and Neuroscience, was highly commended for the Know Your Blood Pressure Project. This is a collaboration with the Stroke Association, supported in the South West by students from the CardioNomics group. It aims to educate different communities about blood pressure and health research while improving understanding of public perceptions and interests. The CardioNomics group with help from the Bristol branch of the Stroke Association have reached over 500 people over two years.

Group members were particularly impressed by the focus on reaching diverse audiences. Positive comments were also made about this being a student-led project and the importance of raising awareness of blood-pressure related issues.

Dr Shu Yau from the School of Education was highly commended for the Autism Awareness Event, held at the School of Education in March to bring together voices from the autism community and begin new conversations on acceptance and inclusion. This public event was delivered with help from students in the School’s Inclusive and Special Needs Network and consisted of a series of talks, a public knowledge exchange board and a curated ‘autism room’ - an immersive simulation of how it feels to be an autistic learner. Delegates included teachers, parents, psychologists and medical practitioners along with members of Venturers’ Academy and the National Autistic Society.

The panel was particularly impressed by the bringing together of a range of stakeholders and the value of the event to this community of people. Positive comments were also made about the way in which the event initiated important conversations around the theme of autism.

The Awards will be presented at the Enterprise Reception in November.