How can a quantum machine learn another quantum system? 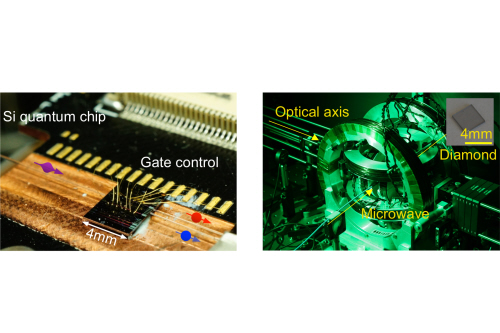 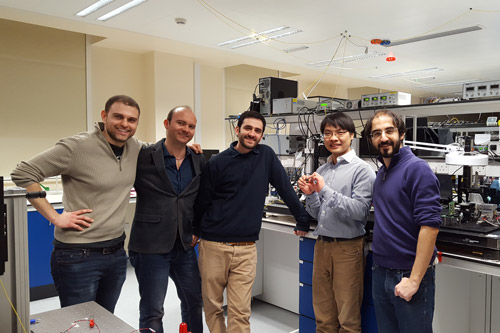 Quantum computing will soon enter a revolutionary new age of quantum supremacy, in which quantum computers are expected to outperform the computational power of the classical ones, unlocking new applications and technologies such as designing new drugs and processing big data.

Before such a grand goal is achieved, a question remains as to how we can calibrate existing quantum computers and how can we verify their computing outcomes?

Now, an international team of researchers led by scientists from the University of Bristol’s Quantum Engineering Technology Labs (QETLabs) have demonstrated a quantum-enhanced machine-learning technology able to use a quantum computer to efficiently learn the evolution of other quantum systems and devices.

The work, in collaboration with Microsoft’s Quantum Architectures and Computation Group (QuArC) in the USA, and Eindhoven University of Technology in the Netherlands, was published this week in the journal Nature Physics.

Characterising large quantum devices and predicting the behaviour of complex quantum systems are problems known to be intractable by classical computing machines, owing to the nature of very large space of quantum systems. The main motivation of this work is to exploit classical machine learning together with quantum computing to learn another unknown or uncontrolled quantum system.

In this work, a reprogrammable two-qubit silicon quantum photonic processor is characterised and certified with the use of a type of machine learning approach, called Bayesian inference.

The silicon photonic processor is used as a quantum simulator to efficiently learn the behaviour of a single electron spin in a diamond nitrogen-vacancy colour centre.

Lead author, Dr Jianwei Wang, said: "As an elegant example, in our work, we show the learning of an electron spin on a photonic chip by using a machine-learning tool.

"This technology, called quantum Hamiltonian learning, is extremely useful to study the underpinning models of physical systems, with potential applications to different science and engineering areas."

Dr Nathan Wiebe from Microsoft Research added: "Machine learning will play a key role in the efficient characterization, verification and validation of future quantum devices such as quantum computers, and also in the understanding and controlling of complex quantum system, e.g. chemical molecules."

Professor Mark Thompson, who led the Bristol research team, said: "The optical circuits on silicon, the same material as used in our microelectronic circuits, allow the processing of information carried by a single particle of light.

"Silicon based quantum photonics technologies allow the potential integration of tens of thousands of components on a single, tiny chip, promising numerous applications in the fields of communication, simulation and computing."