Scientists discover how animals measure time of year to reproduce 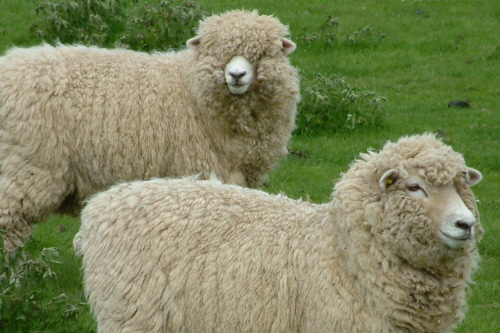 Animals measure time of year to regulate their fertility

Animals need to measure the time of year so that they can anticipate and adapt to the arrival of a new season to align reproduction, as well as other vital functions critical for survival. A new study, conducted at the University of Bristol, has identified how animals measure annual time to control seasonal fertility.

In birds and mammals, this process of adaptation is mediated by the release of hormones from the pituitary gland that control multiple functions such as reproduction, the response to stress, and when the animals grow a new coat. The measurement of day length, however, and consequently time of year, is mediated by the hormone melatonin, which is released from the pineal gland during the night. Until now, how melatonin could signal to the pituitary was not understood and has been the subject of a 30-year quest.

The study, published in the journal Proceedings of the National Academy of Sciences (PNAS), undertaken by Dr Jennifer Castle-Miller, a former PhD student at the Centre for Comparative and Clinical Anatomy of the University of Bristol, and led by Dr Domingo Tortonese from the same school and Professor David Bates from the Division of Cancer and Stem Cells at the University of Nottingham, reports the mechanism by which melatonin translates the effects of day length on seasonal physiology.

Using the sheep as the experimental model, they found that the duration of melatonin secretion at night controls the production of different forms of a protein called vascular endothelial growth factor (VEGF) within a specific pituitary region that is close to the brain. VEGF forms that prevent blood-vessel growth are made in the winter, but those that stimulate it are made in the summer.

Dr Domingo Tortonese, joint senior author from Bristol’s Faculty of Health Sciences, said: “We found that this melatonin-dependent production of different forms of VEGF has two complementary effects.  Firstly, it causes remodelling of the blood vessels that connect the brain with the pituitary gland, and secondly, it is used as a messenger signal to act on the cells of the pituitary that produce hormones that control seasonal fertility, which are located in a different part of the gland.”

The study has unravelled the mechanism through which animals measure time of year to allow their physiological adaptation to a changing environment. These findings have implications for the farming industry, and are anticipated to have an impact in human medicine.

'Mechanisms regulating angiogenesis underlie seasonal control of pituitary function' by Castle-Miller J, Bates DO and Tortonese DJ is published in the Proceedings of the National Academy of Science (PNAS)