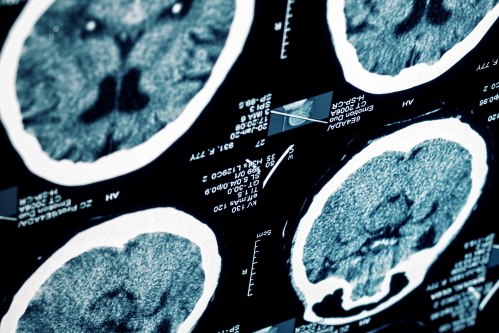 New research, led by academics at the University of Bristol, has outlined the first validated set of pathological criteria for assessing the likelihood that cognitive impairment was caused by vascular disease.

The term vascular cognitive impairment (VCI) refers to a diverse group of conditions in which memory problems and other impairments of mental function result from inadequate blood flow through the brain. Vascular dementia is a severe form of VCI.

Confirmation of the clinical diagnosis of most diseases that cause dementia depends on post-mortem examination of the brain. The finding of brain tissue damaged by impaired blood supply, or of widespread hardening of the arteries in the brain suggests that the cognitive impairment was caused by vascular disease. However, these pathological abnormalities are also often found in combination with other dementing diseases such as Alzheimer’s disease and, until recently, the contribution of different vascular abnormalities to cognitive impairment was difficult to quantify, as there were no validated criteria for determining this.

A large group of UK neuropathologists and other scientists, led by the University of Bristol Dementia Research Group and supported by Alzheimer’s Society and Alzheimer’s Research UK, has developed a set of Vascular Cognitive Impairment Neuropathology guidelines (VCING) for assessing vascular pathologies in post-mortem brain tissue. The researchers, using brains that had been donated through a scheme called Brains for Dementia Research (BDR), have identified a set of neuropathological determinants that can reproducibly be used to assign a low, intermediate or high likelihood that vascular disease contributed to cognitive impairment in an individual case.

Seth Love, Professor of Neuropathology in the University of Bristol’s School of Clinical Sciences, said: “VCING represent a major advance in our ability to assess the contribution of vascular pathology to cognitive impairment and open the way to a range of studies of the determinants of VCI, including of processes that are potentially preventable or modifiable.

“More accurate determination of the contribution of cerebrovascular disease to cognitive impairment and dementia is likely to inform healthcare policy and prioritisation of resources for patients with VCI, and lead to more funding of VCI-related research. It also opens the way to a range of mechanistic studies of pathophysiological determinants of VCI, with a view to identifying processes that are potentially preventable or modifiable.”

Dr Rosa Sancho, Head of Research at Alzheimer’s Research UK, added: “This collaborative effort has produced a common approach for researchers working to understand the changes that take place in blood vessels that can contribute to cognitive decline. The guidelines developed through this project have the potential to help researchers and clinicians across the globe to streamline their research into dementia, taking a step forward in improving the accuracy and reliability of their work. With a growing international focus on dementia research, it’s crucial that researchers are co-ordinated in their approach to studying the condition to ensure we make progress as quickly as possible for the millions affected worldwide.”

It is estimated that vascular dementia accounts for around ten to 20 per cent of patients with dementia and it is the second most common cause of dementia after Alzheimer’s disease.

The research was funded by the Alzheimer’s Society and a network co-operation grant from Alzheimer’s Research UK funded a follow-on study to evaluate the practicability and reproducibility of the VCING across seven UK centres.

The Newcastle Brain Tissue Resource and the Oxford Brain Bank are part of the Brains for Dementia Research program, jointly funded by Alzheimer’s Research UK and Alzheimer’s Society, and supported by the Medical Research Council.

During the course of the study ME received financial support from the NIHR, via the NIHR Oxford Biomedical Research Centre.