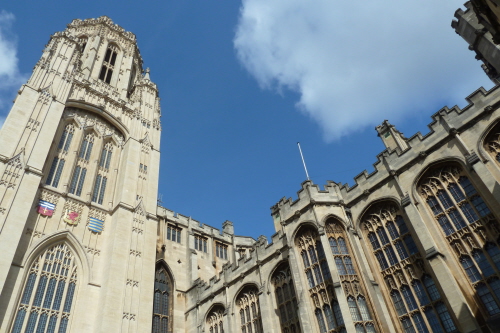 Many of the courses taught at the University of Bristol are among the best in the world, according to an international league table.

New data from the QS World University Rankings by Subject, which highlights the world's top universities in a range of popular subject areas, confirms that 28 subjects taught by the University of Bristol are highly rated within the world's top 100.

Most notably, Veterinary Science at Bristol was ranked 11th best in the world; Geography came in at 18th and Earth Sciences was 19th.

Professor Nick Lieven, Pro Vice-Chancellor of the University of Bristol, said: "These rankings demonstrate the strength of research at Bristol across all disciplines.

"We are particularly pleased to see that the Vet School, Geography and Earth Sciences rank in the top 20 in their subjects across the world.

"These rankings echo recent results from a UK-based exercise, which placed Bristol among the UK top five universities for research excellence, alongside Oxford, Cambridge, Imperial and UCL."

Other subjects in which Bristol ranked highly include: Dentistry, Education, Law, Social Policy, English Language and Literature, and Development Studies.

As well as individual subject rankings, the QS system ranks the world's top universities in their overall positions too, with Bristol being ranked 37th in 2015/16.

The QS rankings are based on the expert opinion of just under 88,000 academics and 55,000 employers, plus analysis of 28.5 million research papers and 113 million citations.