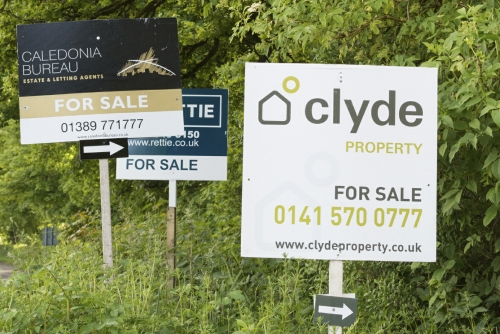 Fear of fracking can have negative effects on the UK housing market around shale gas sites, economic researchers have warned. The research team, from the University of Bristol, the London School of Economics and Duke University in North Carolina, carried out a study that found licensing and exploration had minimal impacts on house prices. However, two highly publicised minor earthquakes linked to exploratory fracking near Blackpool in 2011 caused a three to four per cent reduction in house prices nearby.

A comparison with other regions that experienced minor earthquakes of similar magnitude without the incidence of fracking shows the estimated effect is not a general discomfort with seismic activity. The effect is more likely to express a fear of fracking.

Fear of fracking may be directly related to the concerns about future seismic activity, but it may also reflect a rising awareness of the overall social costs of shale gas development, the researchers note in a briefing from PolicyBristol.

Research for the USA, where shale gas is commercially developed shows that potential damage to air and water, noise and light pollution, and increased road congestion are of genuine concern to homeowners and buyers. This is because these costs are typically borne by nearby landowners and other stakeholders, but not by the drilling company.

Dr Stephan Heblich, from the University of Bristol's School of Economics, Finance and Management, said: ‘Despite the Department of Energy and Climate Change’s position that shale gas operations should not affect real estate values, our findings reveal negative effects on house prices are strongly influenced by concerns over seismic activity.’

The estimated effects add up to cumulative costs of £111-169 million for houses sold in the area that experienced earthquakes. Since fear of fracking also devalues land and property that is not yet on the market, this estimate is likely a lower bound.

Any compensation payments should be weighed against the social costs. This is particularly important in the UK as the crown owns the rights to the nation’s petroleum resources, thereby preventing direct royalty payments to landowners.

The current practice in the UK is to make voluntary compensation payments to communities and not individual house owners. House prices may not or not fully capitalize these payments because the benefits of community projects are not clearly specified and because payments are not legally granted.

Dr Heblich said: ‘While shale gas’s role in energy supply is well-recognised, there are increased concerns over the accompanying risks. With another 159 onshore licensing blocks being offered to operators in December 2015, and with steps undertaken to speed up the planning application process for new exploration wells, the social costs will probably increase. Therefore, compensation payments need to be reconsidered to reflect the social costs.’

The researchers’ study is the first study to measure the social costs of shale gas development in the UK. Because actual shale gas exploration has not yet begun in the U.K, the researchers’ estimated effects are based on consumers’ expectations.