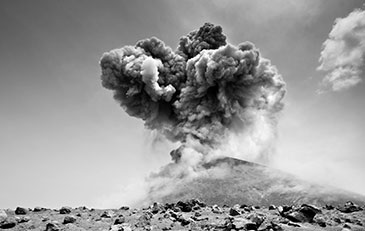 Working in collaboration with colleagues from the School of Earth Sciences and PhD student Alvaro Guevara-Murua, Dr Caroline Williams, from the Department of Hispanic, Portuguese and Latin American Studies, began searching historical archives for references to the event.

Dr Erica Hendy said: "There have to be more observations hidden away, for example in ship logs.  Having a date for the eruption will now make it much easier to track these down, and maybe even pinpoint the volcano.  Climate modelling of this fascinating decade will also now be more accurate because the season of the eruption determines how the aerosols disperse around the globe and where climatic effects are felt."