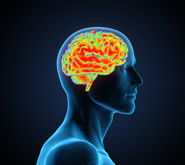 Scientists have identified a key molecule responsible for triggering the chemical processes in our brain linked to our formation of memories. The findings, published in the journal Frontiers in Neural Circuits, reveal a new target for therapeutic interventions to reverse the devastating effects of memory loss.

Scientists have identified a key molecule responsible for triggering the chemical processes in our brain linked to our formation of memories.  The findings, published in the journal Frontiers in Neural Circuits, reveal a new target for therapeutic interventions to reverse the devastating effects of memory loss.

The BBSRC-funded research, led by scientists at the University of Bristol, aimed to better understand the mechanisms that enable us to form memories by studying the molecular changes in the hippocampus — the part of the brain involved in learning.

Previous studies have shown that our ability to learn and form memories is due to an increase in synaptic communication called Long Term Potentiation [LTP].  This communication is initiated through a chemical process triggered by calcium entering brain cells and activating a key enzyme called ‘Ca2+ responsive kinase’ [CaMKII].  Once this protein is activated by calcium it triggers a switch in its own activity enabling it to remain active even after the calcium has gone. This special ability of CaMKII to maintain its own activity has been termed ‘the molecular memory switch’.

Until now, the question still remained as to what triggers this chemical process in our brain that allows us to learn and form long-term memories.  The research team, comprising scientists from the University’s School of Physiology and Pharmacology, conducted experiments using the common fruit fly [Drosophila] to analyse and identify the molecular mechanisms behind this switch. Using advanced molecular genetic techniques that allowed them to temporarily inhibit the flies’ memory the team were able to identify a gene called CASK as the synaptic molecule regulating this ‘memory switch’.

Dr James Hodge, the study’s lead author, said: “Fruit flies are remarkably compatible for this type of study as they possess similar neuronal function and neural responses to humans.  Although small they are very smart, for instance, they can land on the ceiling and detect that the fruit in your fruit bowl has gone off before you can.”

“In experiments whereby we tested the flies’ learning and memory ability, involving two odours presented to the flies with one associated with a mild shock, we found that around 90 per cent were able to learn the correct choice remembering to avoid the odour associated with the shock. Five lessons of the odour with punishment made the fly remember to avoid that odour for between 24 hours and a week, which is a long time for an insect that only lives a couple of months.“

By localising the function of the key molecules CASK and CaMKII to the flies’ equivalent brain area to the human hippocampus, the team found that the flies lacking these genes showed disrupted memory formation.  In repeat memory tests those lacking these key genes were shown to have no ability to remember at three hours (mid-term memory) and 24 hours (long-term memory) although their initial learning or short-term memory wasn’t affected.

Dr Hodge, from the University’s School of Physiology and Pharmacology, said: “Research into memory is particularly important as it gives us our sense of identity, and deficits in learning and memory occur in many diseases, injuries and during aging”.

“CASK’s control of CaMKII ‘molecular memory switch’ is clearly a critical step in how memories are written into neurons in the brain.  These findings not only pave the way for to developing new therapies which reverse the effects of memory loss but also prove the compatibility of Drosophila to model these diseases in the lab and screen for new drugs to treat these diseases. Furthermore, this work provides an important insight into how brains have evolved their huge capacity to acquire and store information.”

These findings clearly demonstrate that neuronal function of CASK is conserved between flies and human, validating the use of Drosophila to understand CASK function in both the healthy and diseased brain. Mutations in human CASK gene have been associated with neurological and cognitive defects including severe learning difficulties.

BBSRC invests in world-class bioscience research and training on behalf of the UK public. Our aim is to further scientific knowledge, to promote economic growth, wealth and job creation and to improve quality of life in the UK and beyond. Funded by Government, and with an annual budget of around £500M (2012-2013), we support research and training in universities and strategically funded institutes. BBSRC research and the people we fund are helping society to meet major challenges, including food security, green energy and healthier, longer lives. Our investments underpin important UK economic sectors, such as farming, food, industrial biotechnology and pharmaceuticals. For more information about BBSRC, our science and our impact see: www.bbsrc.ac.uk. For more information about BBSRC strategically funded institutes see: www.bbsrc.ac.uk/institutes.