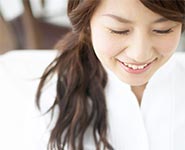 New research by scientists from the University of Bristol have found that men and women see things differently.

Researchers examined where men and women looked while viewing still images from films and pieces of art. They found that while women made fewer eye movements than men, those they did make were longer and to more varied locations.

These differences were largest when viewing images of people. With photos of heterosexual couples, both men and women preferred looking at the female figure rather than the male one. However, this preference was even stronger for women.

While men were only interested in the faces of the two figures, women’s eyes were also drawn to the rest of the bodies - in particular that of the female figure.

Felix Mercer Moss, PhD student in the Department of Computer Science who led the study, said: “The study represents the most compelling evidence yet that, despite occupying the same world, the viewpoints of men and women can, at times, be very different.

“Our findings have important implications for both past and future eye movement research together with future technological applications.”

Eye movements are a tool used to collect visual information, which then colours an individual’s perception of the world. Equally, when individuals have different interpretations of the world, this in turn affects the information they seek and, consequently, the places they look.

The researchers suggest that men and women look at different things because they interpret the world differently. The pictures preferred by women were the same pictures that produced the most distinct ‘looking patterns’. Similarly, the pictures with the largest scope for a difference in interpretation - those with people - also produced the largest differences between where men and women looked.

One perceptual sex difference in particular - women’s increased sensitivity to threat - may explain a further finding. People’s eyes are drawn to the most informative regions of an image while also being repelled from areas that carry possible threat or danger, for example the sun.  Faces are a paradoxical example of a region that is both highly informative and potentially threatening, particularly if eye contact is made.

While men made direct eye contact with faces in the pictures; especially when primed to look for threat, women averted their gaze downward slightly towards the nose and mouth of these faces. The researchers claim that this may be due to women being more sensitive to the negative consequences of making direct eye contact and will, therefore, shift their gaze downward, towards the centre of the face.

Paper: Eye Movements to Natural Images as a Function of Sex and Personality by Felix Mercer Moss, Roland Baddeley and Nishan Canagarajah, PLoS ONE, 30 November 2012.