Call for global monitoring of infectious diseases in dogs and cats 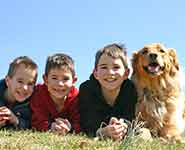 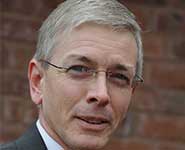 A new study led by the University of Bristol's School of Veterinary Sciences recommends a global system is needed to monitor infectious diseases of companion dogs and cats.

The study, led by Michael Day, Professor of Veterinary Pathology in the School of Veterinary Sciences at the University of Bristol and published online in Emerging Infectious Diseases, lists key infectious diseases that may be transmitted between dogs and cats and man (‘zoonotic diseases’).  It is well recognised that most of the major new diseases of mankind will have an animal origin and dogs and cats are a potential source of such ‘emerging diseases’.

The World Small Animal Veterinary Association (WSAVA) One Health Committee, which promotes the closer integration of human and animal healthcare (‘One Health’) in collaboration with the US Centers for Disease Control and Prevention (CDC), the World Organisation for Animal Health (OIE) and the World Health Organization (WHO), recommends in the paper a co-ordinated global disease monitoring system is established for veterinarians who work in small companion animal practice.

However, development of such a scheme would require significant political will, scientific application and financial support that could be achieved through a public-private partnership.  The knowledge gained through surveillance would permit more effective global control of small companion animal zoonoses and so reduce the risks inherent within this most fundamental of human relationships.

Canine rabies virus infection, one of the diseases listed in the paper, is estimated to kill a minimum of 55,000 people in Africa and Asia each year.

“In developed countries the relationship between man and dogs and cats has deepened, with these animals now closely sharing the human indoor environment.  The benefits of pet ownership on human health, well-being and development are unquestionable, but as dogs and cats have moved from the barn, to the house, to the bedroom, the potential for disease spread to humans increases.  Control of diseases among dogs and cats is a good way to prevent spread to humans.”

Small companion animals, most typically dogs and cats, are kept by people for companionship or a range of utilitarian purposes.  Dogs and cats have a close relationship with their human owners and play an important role in the cultures of both developed and developing communities.  The social and societal benefits of pet ownership are significant, with dogs now participating in programmes in institutions such as schools, prisons and hospitals, in addition to their role in family life.

In human, livestock and wildlife heath there are programmes of active surveillance for infectious disease, which monitor the global distribution and movement of key infectious agents.  For example, the WHO monitors human influenza virus infection through a network of 111 centres in 83 countries.  In contrast, there is no such monitoring for the infections that may be transmitted between small companion animals and man.

The authors are members of the WSAVA One Health Committee, which is an independent advisory group that receive financial support through the WSAVA Foundation.

Professor Michael Day is Professor of Veterinary Pathology in the School of Veterinary Sciences at the University of Bristol, UK. His primary research interest is companion animal immune-mediated and infectious diseases.

About the School of Veterinary Sciences

Research at the University of Bristol’s School of Veterinary Sciences is focused in the areas of Animal Welfare and Behaviour, Comparative and Clinical Research, and Infection and Immunity, complemented by quantitative expertise in Biostatistics, Epidemiology and Mathematical Ecology. Research ranges from fundamental to applied and is relevant to over-arching issues such as Food Security and One Health, concepts that the School’s research embraces through collaborations with scientists from other schools within the Faculties of Medical and Veterinary Sciences, Medicine and Dentistry, and Science and other regional institutes and organisations.