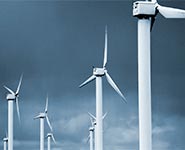 A collaborative research team led by the University of Bristol has been awarded a £4.2 million grant to create new nonlinear dynamic design tools for engineering structures.

A collaborative research team led by the University of Bristol has been awarded a grant to create new nonlinear dynamic design tools for engineering structures.

The team from the Universities of Bristol, Cambridge, Sheffield, Southampton and Swansea have been awarded a £4.2 million programme grant by the EPSRC.  The aim of the project is to create a step change in the understanding and exploitation of nonlinearity in structural dynamic systems.

The team intends to develop novel modelling and control techniques that can be used directly in the design processes for structural systems and which the group will demonstrate on a series of industry based experimental demonstrators.  These design tools will enable a transformation in the performance of engineering structural systems which are under increasing demands from technological, economic and environmental pressures.

The research team will be led by David Wagg, Professor of Structural Dynamics in the Department of Mechanical Engineering at the University of Bristol, and supported by partners including Stirling Dynamics, EDF Energy, Airbus UK, GL Garrad Hassan, Rolls-Royce, Romax Technology, AgustaWestland, ESI Group.

Professor Wagg, speaking about the grant award, said: “The complexity of modern designs has outstripped our ability to fully understand their dynamic behaviour.  Even with the benefit of high power computing, which has enabled engineers to carry out detailed simulations, interpreting results from these simulations is a fundamental bottleneck, and it would seem that our ability to match experimental results is not improving, due primarily to the combination of random and uncertain effects and the failure of the linear superposition approach.

“As a result a new type of structural dynamics, which fully embraces nonlinearity, is urgently needed to enable the most efficient design and manufacture of the next generation of engineering structures.”

Nonlinearity occurs quite naturally in many applications, but despite this it has traditionally been avoided in the design of engineering systems. However, the capability of a design for all engineering structures is being pushed in response to the urgent need in society to find technological solutions for global issues such as climate change.  As a result understanding and controlling nonlinearity is becoming increasingly important in many engineering applications.  A current topical example is the dynamics of large wind turbines.  Understanding nonlinearity is crucial for ensuring that we have safe, reliable and efficient structures.

The Engineering and Physical Sciences Research Council (EPSRC) is the UK’s main agency for funding research in engineering and the physical sciences. The EPSRC invests around £800 million a year in research and postgraduate training, to help the nation handle the next generation of technological change. The areas covered range from information technology to structural engineering, and mathematics to materials science. This research forms the basis for future economic development in the UK and improvements for everyone’s health, lifestyle and culture. EPSRC also actively promotes public awareness of science and engineering. EPSRC works alongside other Research Councils with responsibility for other areas of research. The Research Councils work collectively on issues of common concern via Research Councils UK.