Honorary degrees awarded at the University of Bristol – Wednesday, 18 July 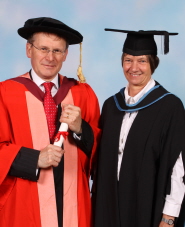 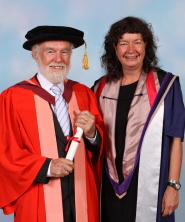 Sir Stephen Laws will receive a Doctor of Laws degree in recognition of his outstanding 37 year career as a lawyer in the Civil Service.

In 2006, he became First Parliamentary Counsel, which meant he was one of the three most senior lawyers in the Civil Service and has worked on many of the bills which have become acts of Parliament over the past few decades.

As the first member of his family to go to University, Sir Stephen is has been a strong supporter of the Access to Bristol project, encouraging school children to consider going to university who might not otherwise have done so.

Human geographer Professor David Harvey is being awarded a Doctor of Science degree for a lifetime of innovative and internationally recognised work.

Professor Harvey published his first book Explanation in Geography while working at the University of Bristol between 1961 and 1968.

He’s described as the most influential human geographer of the late 20th and early 21st century, with work now spanning over 50 years and covering more than 40 disciplines.