Nanoparticles may cause DNA damage across a cellular barrier 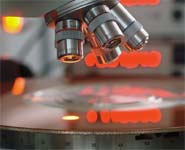 Scientists have shown in the laboratory that metal nanoparticles damaged the DNA in cells on the other side of a cellular barrier. The research, by the University of Bristol, is published online this week in Nature Nanotechnology.

The research was carried out by a team at the University of Bristol and colleagues, and is published online this week in Nature Nanotechnology.

The team grew a layer of human cells (about 3 cells in thickness) in the lab. They then used this barrier to examine the indirect effects of cobalt-chromium nanoparticles on cells that were lying behind this barrier.

The amount of DNA damage seen in the cells behind the protective barrier was similar to the DNA damage caused by direct exposure of the cells to the nanoparticles.

Dr Patrick Case, senior author on the study, said: “We need to be clear that our experimental set up is not a model of the human body. The cells receiving the exposure were bathed in culture media, whilst in the body they might be separated from the barrier by connective tissue and blood vessels. The barrier cells were malignant cell line and 3 cells in thickness whilst all barriers in the body are less thick and of non malignant cells.”

Gevdeep Bhabra, lead author on the paper, said: “Even though this work was done in the laboratory, our results suggest the existence of a mechanism by which biological effects can be signalled through a cellular barrier, thus it gives us insights into how barriers in the body such as the skin, the placenta and the blood-brain barrier might work.”

Professor Ashley Blom, Head of Orthopaedic Surgery at the University of Bristol, added: “If barriers in the body do act in this way, then it gives us insight into how small particles such as metal debris or viruses may exert an influence in the body. It also highlights a potential mechanism whereby we might be able to deliver novel drug therapies in the future.”

These findings suggest that the indirect, as well as the direct, effects of nanoparticles on cells might be important when evaluating their safety.

This project was part-funded by University Hospitals Bristol NHS Foundation Trust's charity Above and Beyond.