Does the lack of sleep make you fat? 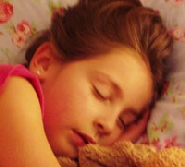 Dr Shahrad Taheri from Bristol University, and colleagues in the United States, examined the role of two key hormones that are involved in regulating appetite – ghrelin and leptin. Ghrelin increases feelings of hunger while leptin acts to suppress appetite.

People who habitually slept for 5 hours were found to have 15% more ghrelin than those who slept for 8 hours. They were also found to have 15% less leptin.  These hormonal changes may cause increased feelings of hunger, leading to a foraging in the fridge for food.

Dr Taheri, lead author of the study, said: “We found that people who slept for shorter durations have reduced leptin and elevated ghrelin.  These differences are likely to increase appetite and, in societies where food is readily available, this may contribute to obesity. Individuals who spent less than 8 hours sleeping were shown to have a greater likelihood of being heavier. Good sleep, in combination with other lifestyle modifications may be important in fighting obesity”.

This is the first large population-based study to show a significant association between sleep duration and metabolic hormones. The research examined over 1000 volunteers under “real life” conditions.

Dr Taheri, Clinical Lecturer at Bristol University’s Henry Wellcome Laboratories, and colleagues at Stanford University and the University of Wisconsin studied volunteers from the Wisconsin Sleep Cohort Study, a population-based study of sleep disorders. The participants underwent continuous sleep monitoring, and reported on their sleep habits through questionnaires and sleep diaries. The results are published in the open-access medical journal Public Library of Science  Medicine  (7  December, 2004).

Over the last 50 years we have reduced the amount of time we spend asleep by up to two hours a night because of increasing pressures on our time (work, school, family, television, computer games and the internet).  The research suggests that this lack of sleep may be contributing to the obesity pandemic.