Spoils of War: The Fate of Enemy Fleets after the Two World Wars 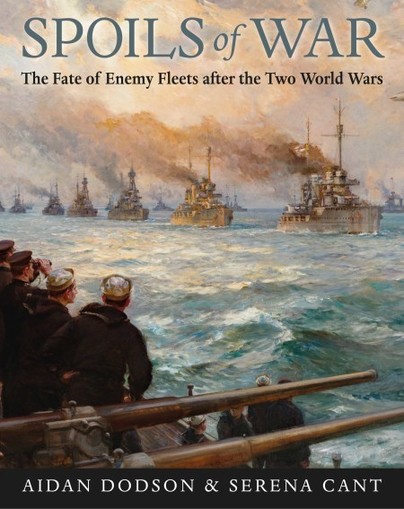 By Professor Aidan Dodson and Serena Cant. Published by Seaforth.

While a large number of books have dealt with the navies and war at sea during the World Wars, the immediate aftermaths have generally received only minimal coverage. However, the fates of defeated navies are of enormous interest from a number of perspectives. These include the relative priorities of the victorious powers, acquisition and testing of ex-enemy material and the intended future capabilities of those ex-enemy navies that were to be allowed to continue to exist.

This new book traces the histories of navies and ships of the defeated powers from the months leading up to the relevant armistices or surrenders through to the final execution of the appropriate post-war settlements. In doing so, it discusses the way in which the victorious powers reached their final demands, how these were implemented, and to what effect.

The later histories of ships that saw subsequent service, either in their original navies or in those navies which acquired them, are also described. In doing this, much use is made of material drawn from archival, and in some cases archaeological, sources, some of which has never previously been used. Through these, a wide range of long-standing myths are busted, and some badly distorted modern views and assessments of events in the wake of the conflicts put right.