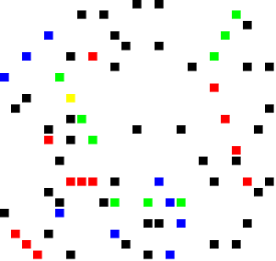 Eugen's thesis bridges the interface between additive combinatorics, analytic number theory, and arithmetic geometry, and focuses on the solubility of quadratic equations over arbitrary, though relatively dense, sets of integers. Given a polynomial equation, such as x-2y+z=0, one can imagine sets of positive integers that conspire to avoid solutions other than the trivial one with x=y=z. For this particular equation, which encodes 3-term arithmetic progressions, the problem of determining just how large such a set of integers can be was formulated in 1936 by Erdos and Turan. Their conjecture on arithmetic progressions has stimulated influential work of Fields medal winners Roth, Bourgain and Gowers, and Abel Prize winner Szemeredi, that has laid the foundations of the modern subject of additive combinatorics. For translation invariant linear equations (whose coefficients sum to zero), it transpires that any set of integers that contains a positive proportion of the integers cannot conspire to avoid solutions. In his thesis, and under some natural mild conditions, Eugen succeeds in showing that translation-invariant quadratic equations in 17 or more variables also cannot conspire to avoid solutions from such sets of integers. This result, the first for a class of general non-linear equations, is achieved through a tour-de-force combining tools from harmonic analysis (the Hardy-Littlewood method), additive combinatorics (higher uniformity norms), and the theory of quadratic forms. This work helps to open the next higher degree chapter in the development of additive combinatorics.

I grew up in Kaisersbach, which is a small village near Stuttgart in Germany, and  went to School at the Limes Gymnasium in Welzheim.  My interest in science and 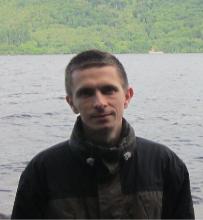 mathematics led me to study mathematics at the University of Stuttgart with physics as a second subject.  Since the branch of mathematics called number theory is using techniques from many different other areas of mathematics, it fits perfectly well with my wide range of  interests. This led me to work with Prof. Bruedern, who supervised my Diploma Thesis in analytic number theory. Subsequently, Prof. Bruedern offered me a position at the Institute,  where I spend the following three years as a teaching assistant. During this time I  learned much about teaching and broadened my mathematical spectrum even further.The Ph.D. program in Bristol was an excellent opportunity to focus on
research again and Prof. Wooley kindly agreed to take me as one of his Ph.D. students.  The School of Mathematics in Bristol offered many interesting seminars, reading groups  and lectures in and around number theory. The topics ranged from modular forms to random matrix theory and helped me to appreciate some parts of number theory
that I haven't seen at all in my undergraduate studies.Currently I am a postdoc in Oxford and try to explore the world of cubic forms.  In the long term it is important for me not only to create/explore  mathematical ideas in my research, but also to share them with the general public.