Following the completion of three reviews of existing evidence on health promotion in schools, a recent DECIPHer-hosted symposium brought together experts in school health research, to shape the agenda for future research in this area. The following key reviews were discussed:

• The health effects of the school environment;

Presentations were given on the development of school health research networks in England and Wales, and delegates had the opportunity to discuss where this vital area of research should go next.

Find out more about the sympsosium in Beki Langford's piece on the DECIPHer blog. 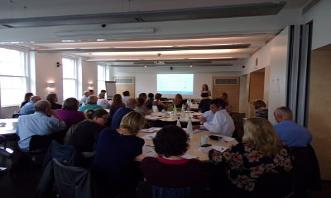 Researchers from the University of Bristol argued in favour of Bristol as a walking city. Dr Suzanne Audrey presented findings from a Walk to Work study with workplaces in Bristol, while Professor Ashley Cooper and Dr Angie Paige focussed on walking to school. With high rates of physical inactivity and obesity, their work clearly shows the benefits of building physical activity into the daily routine by increasing walking during the commute to work and to school. 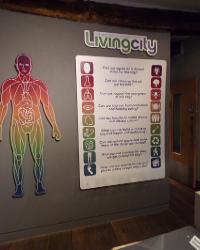 Dr. Suzanne Audrey presented at the conference on her research on the free swimming initiative in England.

Full information on the conference.

The 2014 South West Public Health Scientific Conference, which was being partly funded by DECIPHer, took place in Weston-super-Mare on 5 February 2014.

Reflections on the conference can be found on the DECIPHer blog.