Human rights violations based on sexual orientation and gender identity are grounds for seeking asylum in Europe. However, lesbian, gay, bisexual, trans, queer and intersex (LGBTQI+) people claiming asylum face particular legal and social challenges when they go through the asylum process. Within Germany’s asylum system, LGBTQI+ people seeking asylum belong to the least visible and most vulnerable group.

The data that led to key findings of this report derives from two EU-funded research projects entitled Queer Muslim Asylum in Germany and SOGICA – Sexual Orientation and Gender Identity Claims of Asylum. Between 2017 and 2019, over 100 interviews have been conducted with NGO professionals, lawyers, judges, policy-makers and LGBTQI+ refugees and people seeking asylum on their experiences with queer asylum in Germany. Moreover, they were asked about the changes needed to improve the social and legal experiences of LGBTQI+ refugees and people seeking asylum in Germany. In addition, the research includes the analysis of court observations and LGBTQI+ asylum decisions.
The projects deploy an intersectional approach aiming to understand how sexuality, gender, gender identity, religion, class, age, ‘race’, nationality and (dis)ability shape asylum experiences for LGBTQI+ individuals. 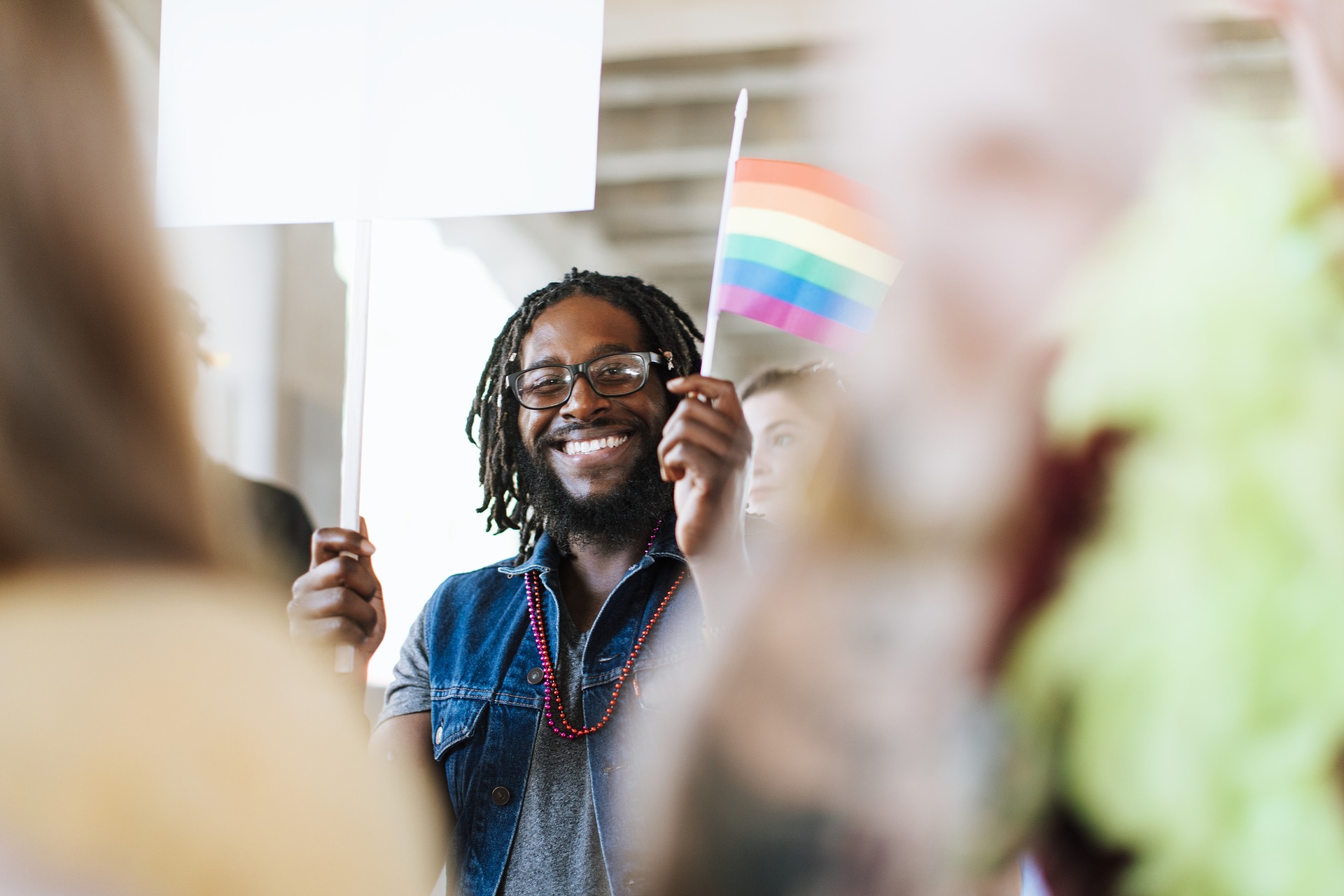 In order to enable LGBTQI+ people seeking asylum to be open about their sexual orientation and gender identity, feel safe during the asylum process and receive fair decisions:

• The authorities of all federal states need to provide a safe environment at registration as well as at the asylum interview that allows for LGBTQI+ people seeking asylum to come forward and openly discuss sexuality and gender identity issues without judgment. This entails creating a systematic process registering claimants’ sexuality and gender identity and communicating this information to the different professionals involved during the decision-making process while maintaining confidentiality.

• Information leaflets for LGBTQI+ people seeking asylum need to be provided in all federal states at registration, interview, and in all reception and accommodation centres alongside immediate access to independent legal, social, and psychological support.

• All people involved in the asylum process and social care of LGBTQI+ people seeking asylum such as interviewers, interpreters, judges, decision-makers and reception and accommodation centre staff should receive training on gender, gender identity, and sexuality.

• Credibility in the interview context should be established in an individualized and sensitive manner and be based on the applicant’s individual feelings and experiences. Individual and structural challenges in regard to ‘coming out’ should be taken into account.

• LGBTQI+ refugees should be given the opportunity to be placed in special accommodation facilities for LGBTQI+ persons or in accommodation with access to local LGBTQI+ groups and organisations.

• Specific LGBTQI+ offices/authorities should be established in all federal states where LGBTQI+ people seeking asylum can make a complaint when treated unfairly during the asylum process or face discrimination in their accommodation.

• LGBTQI+ people seeking asylum remain often unrecognized and invisible in the asylum system unless they specifically come forward and out themselves. This is particularly difficult for those who are reluctant to come out due to their specific life situations (i.e. family, marriage, community), feelings of shame and fear to talk about their sexuality/gender identity and/or a lack of safe accommodation and other spaces that would allow for a “coming out”.

• LGBTQI+ refugees and people seeking asylum feel a heightened sense of loneliness and social isolation as they are often inadequately housed, experiencing hate crime and sexual assault, and put in rural areas far away from other LGBTQI+ people and access to LGBTQI+ NGOs in urban areas.

• Decision-making on LGBTQI+ claims is inconsistent. There is often inadequate knowledge about the situation of LGBTQI+ people in the respective countries of origin resulting, for instance, in decisions where ‘internal relocation’ is suggested. There is often a disconnect in recognizing gender-based and other forms of violence against LGBTQI+ people rendering invisible the intersectional experience of LGBTQI+ people seeking asylum. Poor decision-making results in long waiting periods and thus exacerbates social isolation and the strain on mental health.

• LGBTQI+ refugees and people seeking asylum often lack safe access to adequate medical and psychological treatment due to their invisibility within the asylum system, social isolation and discrimination as well as due to the lack of multilingual therapists that are sensitized to LGBTQI+ issues. This increases the risk of mental health-related issues, which, in turn, can affect the asylum process negatively.

Research Fellow at University of Sussex

SOGICA – Sexual Orientation and Gender Identity Claims of Asylum: A European Human Rights Challenge is a four-year (2016-2020) project funded by the European Research Council. It is based at the University of Sussex and focuses on the social and legal experience of LGBTQI+ people seeking asylum in Germany, Italy and the UK.

Further information on the research project is available on its website at www.sogica.org or contact Dr Nina Held, Research Fellow in Sociology, University of Sussex

Queer Muslim Asylum in Germany is a two-year (2018-2020) European Commission funded research project under the H2020 programme. The project is hosted by the University of Bristol at its School for Sociology, Politics and International Studies and affiliated with Migration Mobilities Bristol and the Centre for the Study of Ethnicity and Citizenship. The goal of this project is to provide new empirical insights into the experiences of LGBTQI+ asylum seekers and refugees with Muslim background.