Low-income families have skills and capabilities that are rarely recognised by Government and the regulatory services. Governments should work in partnership with communities so that policies and services work for all families, moving away from stereotypes.

‘Life Chances’ is a widely-used phrase, adopted by governments to headline their policies relating to children and poverty. But few realise that the term was coined by sociologist Max Weber to refer to socioeconomic disadvantage; the current government uses it in a very different way, placing responsibility on individuals and ‘society’ rather than the state.

The ‘Life Chances’ project is part of the Productive Margins: Regulating for Engagement research programme. Research design and delivery has been co-produced between community organisations, community volunteers and academics, exploring life on a low income and the regulatory services that families encounter in two urban settings – Bristol and Cardiff. The project has adopted the term ‘Life Chances’ to focus on how regulatory services can affect opportunities for families with children to develop their potential and contribute to society. Changes are needed in the way policies and services deal with community members, not simply individuals changing their behaviour.

The project has constructed alternative images to those used by the Westminster Government in relation to its own ‘Life Chances’ agenda. Launched at the ‘Utopias’ fair at Somerset House in June 2016, the ‘Life Chances’ research project also showcases a co-produced novel, developed in workshops with volunteers, community partners, researchers and artists. Fictional characters were created, loosely based on individuals’ lives, using factual material to create fictional storylines. These explored the impact of different regulatory systems – such as benefits, housing, immigration and child protection – on their lives. Jewellery was also created by volunteers based on a circular logo, chosen as the symbol of the project, expressing creativity and hopes for a better future.

Many women arriving in the UK may have fled their country of origin because of war or disaster, which may have left them as a single parent. Arriving in Bristol or Cardiff, with no family support, they may have to navigate regulatory systems such as asylum, alone.

All images and photos by Close and Remote.

Community members have capabilities and assets that may not be visible from inside the centre of the circle where decisions are made. Policies and services would be more effective if community groups and local citizens were listened to and had a say at an early stage in policy development. National, local and devolved governments should work in partnership with their communities, such as setting up structures and forums to facilitate participation. This means:

Volunteers suggested a more inclusive version of the Government’s image would depict the diversity of the British population, by age, ethnicity, disability, and culture. Examples of alternatives are displayed below and on the front page.

Also implicit in the images is a view of the role of women in society. Discussion of images by volunteers provoked debate about the disparity between men and women across societies and cultures, where often women have less power than men and so are more vulnerable to violence and trafficking. Women are often at the margins of society, and compared to men, can experience more barriers to achieving their life chances. Mothers often sacrifice their own needs and opportunities to support their children; at the same time, children’s life chances can be negatively affected by regulatory systems that have an impact on their parent.

‘Life Chances’ can be seen as two concentric circles. At the centre is where public and private sector decisions are made by ‘insiders’. The outer circles represent community members, who feel at the margins, not visible or heard by insiders. Being within a circle also implies being part of the same shared reality and future, where everyone is equal; people may discuss issues sitting in a circle and often share similar life cycle events (such as caring for children).

“The centre of the circles is where public and private sector decisions are made by ‘insiders’. The outer circles represent community members, who feel at the margins, not visible or heard by insiders.”

The novel, uniquely co-written with volunteers, explores different ‘life chances’ of families with children, looking at situations now, and how they could be different in the future, highlighting a different utopia than that envisaged by the current Westminster Government policy. Below are some summary situations from the novel, illustrating how regulatory systems often fail to match the reality of the lives of people who use those systems.

Jewellery was inspired by the circular logo, and the jewellery co-operative is central to the novel.

Hadi’s life chances are affected by the asylum system. Hadi came to the UK simply to keep her two children safe. She claims asylum and is given temporary accommodation in a shared house in Cardiff, run by Red Door Housing Ltd. She had no choice of where to live. She is not allowed to work and has to live on asylum support of £110.85 per week. She wants to work but can’t do this until she is accepted as a refugee. In the meantime society is not benefiting from her creative skills.

Najma’s life chances are affected by Jobcentre Plus benefit rules requiring her to seek any work, not a job that is suitable for her skills. She qualified as a doctor in her own country but this is not recognised in the UK. She is required to have a high standard of English and to complete further practice assessments in order to practice in the UK. Clinical attachments used to be available at her local hospital but these have been withdrawn. Najma is a single mother, without enough childcare to let her study and practice. Regulation of benefits and access to professional practice also sit uneasily with the thousands of doctor vacancies in the NHS.

Debra, a social worker, gets a referral from the school about Marlon, a 10 year old boy who has been reported fighting. Debra visits the home, finding Marlon’s mum Shireen and her friend SHE, who wants to sound record the meeting on her phone. Debra says no. But SHE says there is no law stopping her from doing this; the meeting, which is recorded, continues.

In the co-produced novel, the Life Chances Jewellery Community Interest Company (CIC) has branches in Bristol and Cardiff, and offers space for mutual support and learning, especially for women. As well as being creative, people use existing skills and develop new ones, and establish a network and knowledge of regulatory systems that affect them. People can work here whilst also receiving Unconditional Credit (a form of Basic Income). At the CIC people hear about exciting new developments in Children’s Services, such as parent advocates (to help avoid children being taken into care) and citizen involvement on local council committees. Recent entrants to the UK can access language and skills support so that they can contribute quickly to the local economy.

“Is this place for real?” - A line from Akilah’s Life Chances song. Details about this and the novel can be found at: www.closeandremote.net/life-chances

Find out more about the ‘Life Chances’ research and the Productive Margins research programme: http://www.productivemargins.ac.uk/projects/low-income-families/

This report has been co-produced, though most community research volunteers are not named as authors of this briefing, to protect their identity and potential implications for individuals. 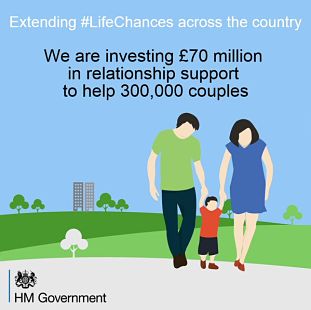 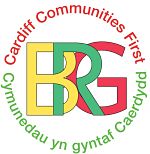