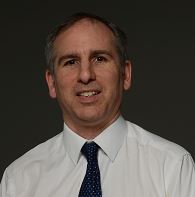 My research spans both the theory and applications of neural networks and other pattern recognition techniques, with a special focus on data visualisation and probabilistic modelling.

I joined the University of Bristol as Head of School in October 2017.

After studying mathematics for a BA at Oxford, I moved to Cambridge to do my PhD, which was in abstract algebra. I then spent five years with Logica (a UK software house) at their R&D lab, where I developed a wide range of neural network applications and also worked in formal methods.

I joined Aston University as a Lecturer in Applied Mathematics in 1995.  In my 22 years there I took on a wide range of different positions. In my last year, I was the Acting Executive Dean for the School of Engineering and Applied Science, and at the University level I was Associate PVC International for China.  I was a 50th Anniversary Professor of Systems Analytics: one of a small group of professors to receive a special award on the 50th anniversary of the establishment of Aston as a University. I was formerly Head of Computer Science (2009-2016), Head of Mathematics (2012-2015) and Associate Dean for Research in the School (2006-2008).

I led the introduction of a range of innovations at Aston: a university-wide research publication repository; work-based Degree Apprenticeships recruiting about 100 students per year, with the first graduates in 2017; and a student-led software company to provide on-campus experience of industrial-standard software development.

My research spans both the theory and applications of neural networks and other pattern recognition techniques, with a special focus on data visualisation and probabilistic modelling. Much of my work is inspired, directly or indirectly, by industrial problems in bioinformatics, biosignal processing, condition monitoring, remote sensing and financial forecasting. I have put my experience of software engineering to good use through developing the Netlab toolbox for neural networks and related pattern analysis techniques: this has now been downloaded more than 48,000 times and the accompanying book has 1300 citations. At Bristol, I am a member of the Intelligent Systems Lab.

Between October 2000 and June 2002 I was the Director of the Cardionetics Institute of Bioinformatics, which researched methods for extracting clinically valuable information from electrocardiogram (ECG) data.  The current focus of my research is in data visualisation (representing high-dimensional data faithfully in 2D so that users can analyse its structure visually) and time series analysis and characterisation (with applications in biomedical signal processing and condition monitoring of complex machinery).

I am currently teaching a new unit in Visual Analytics for the MSc Data Science. This unit will cover two key aspects of visual analytics: the science of information visualisation (primarily concerned with the way that data is represented visually), and advanced machine learning (as a tool to change the data representation, e.g. through dimensionality reduction, or as a way of analysing visual data) in a framework of statistical pattern recognition.

In the past I have taught a wide range of units, including Algorithms and Computational Maths, Statistics, Software Programme Development, and Software Engineering and Management.