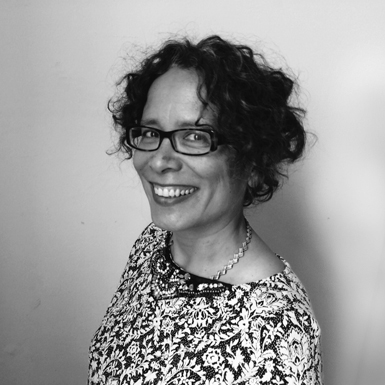 I explore human movement, and related experiences, politics, policies and practices, starting from a recognition that the differences between 'migrant' and 'citizen' are socially and legally constructed.

After studying Philosophy and Modern Languages in 1984 I started working with an organisation of (undocumented) migrant domestic workers in London. I conducted research on the issue for a campaign booklet and realised that this was an important sector of work for undocumented migrants across the European Union. I obtained a grant from the European Commission to explore this, and decided to do the research as a PhD project under the supervision of Dr Annie Phizacklea at the University of Warwick - and then University of Leicester. That was my segue into University life.

I worked with the ESRC funded Transnational Communities Programme, and later the ESRC Centre on Migration, Policy and Society (COMPAS), both led by Professor Stephen Vertovec. I stayed at COMPAS at the University of Oxford for 12 years, first leading a research strand and then as Research Director. I joined the University of Bristol in 2017 as Professor of Migration Mobilities and Citizenship, and in 2018 took over the leadership of the University's Specialist Research Institute, Migration Mobilities Bristol (MMB).

Bridget Anderson is the Director of Migration Mobilities Bristol and Professor of Migration, Mobilities and Citizenship. Her post is split between the Faculty of Social Sciences and Law and the School of Sociology, Politics and International Studies

Bridget has a DPhil in Sociology and previous training in Philosophy and Modern Languages. She is the author of Us and Them? The Dangerous Politics of Immigration Controls (Oxford University Press, 2013) and Doing the Dirty Work? The Global Politics of Domestic Labour (Zed Books, 2000). She co-edited Who Needs Migrant Workers? Labour Shortages, Immigration and Public Policy with Martin Ruhs (Oxford University Press, 2010 and 2012), The Social, Political and Historical Contours of Deportation with Matthew Gibney and Emanuela Paoletti (Springer, 2013) and Migration and Care Labour: Theory, Policy and Politics with Isabel Shutes (Palgrave Macmillan, 2014).

Bridget takes as her starting point that the 'migrant' and the 'citizen' and the differences between them are constructed in law and in social and political practice. Research also plays an important role in this, raising important ethical, epistemological and political questions. She is interested in the relation between migration, race, and nation, historically and in the contemporary world. She understands the mobility of people in the context of mobilities of goods, finance and ideas, mobilities whose speed and patterns are significantly changing in the face of technological developments. Her work explores the relations between migration, temporalities and future making claims, with a particular focus on precarity, labour market flexibilities and citizenship rights. She has pioneered an understanding of functions of immigration in essential economic sectors. Bridget has worked closely with migrants’ organisations, trades unions and legal practitioners at local, national and international levels.

Please note that Bridget has reached capacity in terms of the number of students she is able to supervise and is therefore unable to consider new PhD applicants until 2024.

I co-direct the MSc in Migration and Mobility Studies. I have designed a free online introductory course on migration available through Future Learn. I have also designed and lead a ten week synchronous online course MMB Academy.