Childcare in lockdown: women do more, but baby steps are being made towards equality 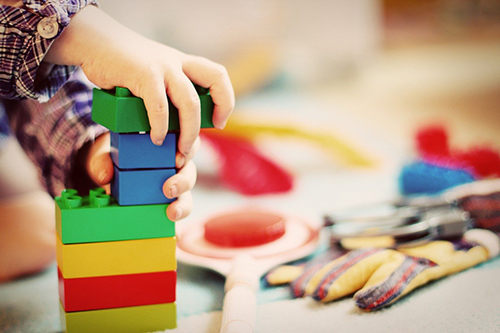 Mothers are doing around ten hours more childcare per week than fathers since lockdown measures closed schools and nurseries, according to a new study.

Researchers at the University of Bristol and UCL found families are doing the equivalent of a 40-hour working week of additional childcare if they have children under 12 - more than double the time spent on childcare prior to COVID-19.

Although the burden is falling disproportionately on women, many families are experiencing a more equal share of the childcare thanks to home working.

Using real-time data collected by IPSOS-Mori as part of their Omnibus Survey, the study analysed employment and childcare patterns of 4,250 people before and during the pandemic.

Before the pandemic, women did 65 per cent of the childcare and men did 35 per cent. This gap has narrowed by 3.3 percentage points since lockdown, but there’s considerable variation depending on the father’s employment status.

The allocation has become more equal in households where men are working from home, with the gap narrowing by 12 percent.

It’s only when men are on furlough or have lost their job and women are still at work or working from home, that there is roughly an equal split.

While it shows women are seven per cent more likely than men to have been furloughed or lost their jobs, this gender employment gap does not fully account for the childcare gap.

The research concludes there are likely to be long-term implications – good and bad - from the sudden changes lockdown has brought to families' lives.

The hours of additional childcare being done by working parents during lockdown will have damaging effects on their long-term career prospects unless the burden of juggling work with full-time childcare is recognised by employers. Also, the fact that most childcare is being done by women will intensify gender wage gaps.

On the flip side, many people are working from home for the first time in their jobs – a shift which may help to accelerate a move to more flexible working arrangements. Of those who had never worked from home before the pandemic, 28 per cent are now doing so; and when men are working from home, the burden of childcare is more equally shared.

The fact that many men on furlough or no longer employed as a result of COVID-19 are now pulling their equal weight in looking after their children may have long-term positive effects in moving towards a more equal allocation of childcare in the future.

Sarah Smith, Professor of Economics at the University of Bristol and one of the authors of the report, said: "Enormous changes in family lives are taking place during lockdown. Families are having to cope with an intense burden of childcare – the equivalent of a full-time working week – while at the same time juggling their own jobs.

"The burden is falling unequally on women and there is a danger that this will intensify existing gender inequalities. However, there could be a lasting positive impact as we see more flexible arrangements and increased working from home, where fathers have been doing a greater share of the childcare."

Co-author Professor Almudena Sevilla from UCL said: "Women have lost their jobs to a greater extent than men as a result from COVID, partly because women are in service sectors that have been more affected by COVID. We see that women have to put up with over 30 hours of additional childcare a week as children are at home. It is not surprising that some women are giving up working altogether."

'Baby steps: The gender division of childcare during the COVID19 pandemic' by Sarah Smith and Almudena Sevilla