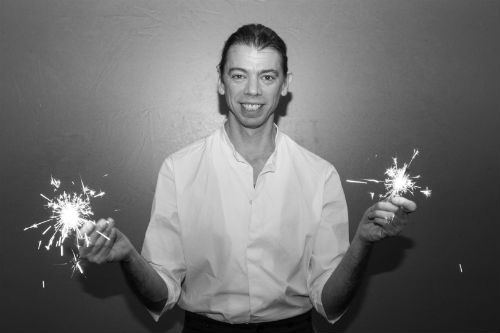 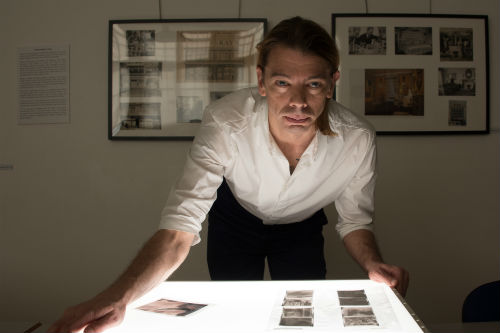 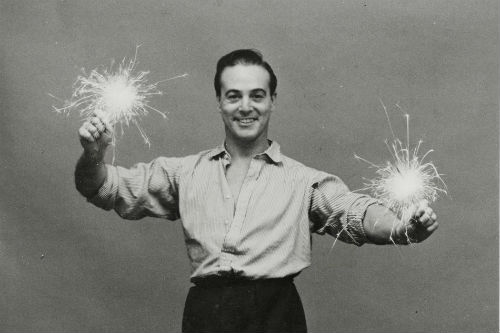 Bristol-based Performance artist Tom Marshman invites you to a marvellous party, bringing to life the fascinating personal archive of Oliver Messel, one of the twentieth century’s leading theatrical stars.

Part-installation, part-performance, the events, in collaboration with the University of Bristol’s Theatre Collection, are free and open for drop-ins throughout the day and will be staged at three different locations across Bristol, see times, and dates below (no booking required).

As master of ceremonies, Tom will be drawing out untold stories from Oliver’s captivating world, animating the installation with timed performances inspired by a host of characters from Oliver’s personal and professional life from Bright Young Things, to Hollywood starlets and theatrical dames.

Visitors are encouraged to explore the installation, sharing in Tom’s curiosity as he delved through Messel’s Archive – held at the Theatre Collection, discovering handwritten letters, musings and conversations, weaved together and brought to life through audio and reproductions of original material.

Tom’s shows are known for their ‘hand crafted, intimate and naughty’ approach, often both ‘humorous, high-brow, low-brow, sensory, stomach churning, conversational, and sentimental’ all at once.

Gemma Brace, Exhibition and Engagement Officer from the Theatre Collection, said: “Join us as he turns his hand to the hidden histories of Oliver’s life, celebrated through the stories of this marvellous party.”

The events are part of a wider Sharing the Messel Magic project which includes the free exhibition Oliver Messel: Wake Up and Dream – Theatre, Art and Society at the Theatre Collection until April 2019.

The events, kindly supported by the Arts Council of England, are as follows:

All locations are fully accessible but please contact the Theatre Collection if you would like further information about the facilities.

If sharing on social media, please use the hashtag #messelsmarvellousparty

All the items in the Archive either relate to Messel’s time in Barbados, where he moved in 1966 or were taken to the island upon setting up home at Maddox, where he lived with his partner Vagn Riis- Hansen. On Messel’s death in 1978, the contents of his house and studio were left to his nephew Thomas Messel who retained custody of these items until they were sold to the University of Bristol Theatre Collection in 2015.

The Archive has been catalogued as part of a two-year project to both catalogue and conserve this important collection. The purchase of the Archive was made possible due to support from the National Heritage Memorial Fund and the Friends of the National Libraries amongst others. Cataloguing and conservation have been funded by the Heritage Lottery Fund, the Linbury Trust and various individuals.

Tom Marshman is an artist, based in Bristol, who has been making performance art for over ten years working in a wide range of mediums including performance, photography, installation, publication and film.

With a fascination for uncovering extraordinary stories from ordinary lives, Tom develops artworks that are cross-generational, resonating with people that may be unfamiliar with contemporary performance.

His work actively encourages dialogue with audiences and participants, aiming to create a safe space to share thoughts and experiences. These evocative and authentic glimpses into the everyday often include a visual aesthetic which mixes minimalism with charity shop kitsch.